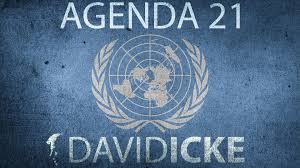 You can’t have a successful coup without a plan! Many of those who are a part of the coup plan are in a new video: https://youtu.be/b8Ko_eYIptU ! If you are not prepared to die, you are living in the wrong generation!!! The Bible Prophecy for the end of the church age predicted that we would see a time like no other in all of world history. If you are alive today and are not prepared to die. It can only mean you must be prepared to be a slave of the wicked among us! Further this is not something that has just happened out of the blue. It is the culmination of a long series of gyrations known as “The Plan”! Complements of the so called servants of the people you elected. 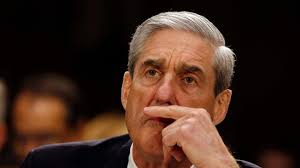 Why was the Congress so upset with the election of Donald J Trump? Actually they were insulted by the audacity of the voters. How could they vote to slow down One World Government? Since their authority had been questioned they chose to have one of their own, Robert Mueller, to find a way to stop the will of the voter! As you view the video, notice Mueller is in it as well as others you will know: https://youtu.be/b8Ko_eYIptU 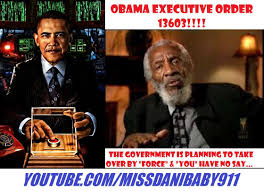 This did not all come about as a result of a plan by Barack Obama. No he is one of the puppets that we received as part of the “usefull idiots” plan. Promise you a lot of free stuff to get your vote so they can reach their goal of enslavement of the world.

There have been a long parade of people who participated in the controlled slide from freedom into slavery. Some Presidents, like JFK refused to play his part. Of course you know how the puppet masters dealt with that problem! You see these wicked people have a very strict rule that they always follow. They are creatures of habit and if one of them happens to get weak kneed , they send him or her a message that won’t be missed. 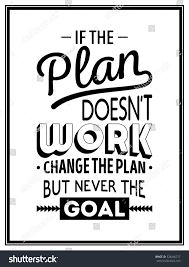 For well over two hundred years the wicked and their siblings have followed a plan to get back the control they lost when the Constitution was written. These are the same people who have not been willing to accept that they are out of the will of the God who created man. This fight has been going on, actually since the Garden of Eden. Their leader is someone we all know Lucifer! More on him in a moment.

Yes the Bible is truth and all of the lies and deception in this world will not change the final outcome as described in the Holy Book of God. His word is the last word in all discussions.

(1) A Psalm of David. Fret not thyself because of evildoers, neither be thou envious against the workers of iniquity.

(2) For they shall soon be cut down like the grass, and wither as the green herb.

(3) Trust in the LORD, and do good; so shalt thou dwell in the land, and verily thou shalt be fed.

(4) Delight thyself also in the LORD; and he shall give thee the desires of thine heart.

(5) Commit thy way unto the LORD; trust also in him; and he shall bring it to pass.

(6) And he shall bring forth thy righteousness as the light, and thy judgment as the noonday.

(7) Rest in the LORD, and wait patiently for him: fret not thyself because of him who prospereth in his way, because of the man who bringeth wicked devices to pass.

(8) Cease from anger, and forsake wrath: fret not thyself in any wise to do evil.

(9) For evildoers shall be cut off: but those that wait upon the LORD, they shall inherit the earth.

(10) For yet a little while, and the wicked shall not be: yea, thou shalt diligently consider his place, and it shall not be.

(11) But the meek shall inherit the earth; and shall delight themselves in the abundance of peace.

(12) The wicked plotteth against the just, and gnasheth upon him with his teeth.

(13) The Lord shall laugh at him: for he seeth that his day is coming.

(14) The wicked have drawn out the sword, and have bent their bow, to cast down the poor and needy, and to slay such as be of upright conversation.

(15) Their sword shall enter into their own heart, and their bows shall be broken.

(16) A little that a righteous man hath is better than the riches of many wicked.

(17) For the arms of the wicked shall be broken: but the LORD upholdeth the righteous.

(18) The LORD knoweth the days of the upright: and their inheritance shall be for ever.

(19) They shall not be ashamed in the evil time: and in the days of famine they shall be satisfied.

(20) But the wicked shall perish, and the enemies of the LORD shall be as the fat of lambs: they shall consume; into smoke shall they consume away.

(21) The wicked borroweth, and payeth not again: but the righteous sheweth mercy, and giveth.

(23) The steps of a good man are ordered by the LORD: and he delighteth in his way.

(24) Though he fall, he shall not be utterly cast down: for the LORD upholdeth him with his hand.

(25) I have been young, and now am old; yet have I not seen the righteous forsaken, nor his seed begging bread.

(26) He is ever merciful, and lendeth; and his seed is blessed.

(27) Depart from evil, and do good; and dwell for evermore.

(28) For the LORD loveth judgment, and forsaketh not his saints; they are preserved for ever: but the seed of the wicked shall be cut off.

(29) The righteous shall inherit the land, and dwell therein for ever.

(30) The mouth of the righteous speaketh wisdom, and his tongue talketh of judgment.

(31) The law of his God is in his heart; none of his steps shall slide.

(32) The wicked watcheth the righteous, and seeketh to slay him.

(33) The LORD will not leave him in his hand, nor condemn him when he is judged.

(34) Wait on the LORD, and keep his way, and he shall exalt thee to inherit the land: when the wicked are cut off, thou shalt see it.

(35) I have seen the wicked in great power, and spreading himself like a green bay tree.

(37) Mark the perfect man, and behold the upright: for the end of that man is peace.

(38) But the transgressors shall be destroyed together: the end of the wicked shall be cut off.

(39) But the salvation of the righteous is of the LORD: he is their strength in the time of trouble.

(40) And the LORD shall help them, and deliver them: he shall deliver them from the wicked, and save them, because they trust in him. 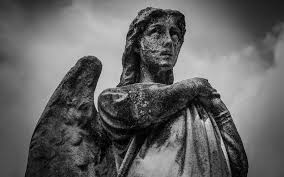 Then we who are students of the word of God know about Lucifer. He first appears in the Garden of Eden and made it clear that he was going to show God who was really in charge. Can you imagine how stupid you have to be to have met God and actually know Him. Then to believe that you can defy Him and even, at some point in time, kill God! That is even more stupid than humans who follow Satan and swear allegiance to him. The great deceiver has tricked millions of people for thousands of years! See the video, seeing is believing! https://youtu.be/b8Ko_eYIptU

(12) How art thou fallen from heaven, O Lucifer, son of the morning! how art thou cut down to the ground, which didst weaken the nations!

(13) For thou hast said in thine heart, I will ascend into heaven, I will exalt my throne above the stars of God: I will sit also upon the mount of the congregation, in the sides of the north:

(14) I will ascend above the heights of the clouds; I will be like the most High.

(15) Yet thou shalt be brought down to hell, to the sides of the pit.

(16) They that see thee shall narrowly look upon thee, and consider thee, saying, Is this the man that made the earth to tremble, that did shake kingdoms;

(17) That made the world as a wilderness, and destroyed the cities thereof; that opened not the house of his prisoners?

(18) All the kings of the nations, even all of them, lie in glory, every one in his own house.

(19) But thou art cast out of thy grave like an abominable branch, and as the raiment of those that are slain, thrust through with a sword, that go down to the stones of the pit; as a carcase trodden under feet.

(20) Thou shalt not be joined with them in burial, because thou hast destroyed thy land, and slain thy people: the seed of evildoers shall never be renowned.

(21) Prepare slaughter for his children for the iniquity of their fathers; that they do not rise, nor possess the land, nor fill the face of the world with cities.

(23) I will also make it a possession for the bittern, and pools of water: and I will sweep it with the besom of destruction, saith the LORD of hosts. 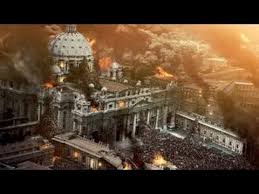 Americans will not escape the judgment of God for following Lucifer. Their effort to turn America away from God will end in a catastrophic end for America! Only those that God has rescued in the Rapture of His church will escape the compete devastation that is coming in just a few short years! See the video, seeing is believing! https://youtu.be/b8Ko_eYIptU