Future of Man (One) 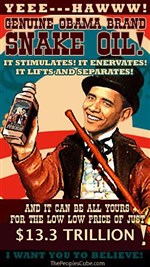 In the beginning there was nothing but God! Nothing you see as you look around existed before God. He tells us in His word that He created all things and nothing existed until He spoke it into existence!

Now you may or may not believe that to be true. However that doesn’t make it untrue it only means it will be very hard for you to get to a destination that you will be happy with. You see there there has only been two destinations in the future of man from the very beginning! Heaven or Hell that’s it and that is something you may have a problem with but that also doesn’t make it untrue either!

Now I am not going to muddy the waters here I am one of those people who believes the following. Keep it simple stupid! Everything is actually quite simple and the snake oil salesman tries to complicate it in your mind so he can profit from your next decision! Just so you can relax, I’m selling nothing! 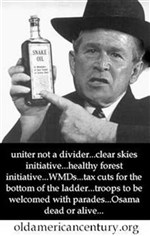 If you don’t believe in God then you really need to read all of this article. Because your well being may depend on it! These two snake oil salesmen are only a small portion of the pied pipers that have been leading you and your children into the snake pit of hell! Believe me when I tell you that unless you are a rare individual you are being deceived. Yes, deceived beyond your wildest dreams. In fact most air breathing humans are greatly deceived! You are fulfilling one of the most important prophecies of the bible. Believe me when I tell you that to believe you have plenty of time to take care of making the selection of where you will spend eternity. That is a losing hand and millions have made that mistake and the price it will require in the end is greater that you will want to pay. You can’t make that decision at the last minute and expect to be very sorry for you choices!

Matthew 24: 24
(24) For there shall arise false Christs, and false prophets, and shall shew great signs and wonders; insomuch that, if it were possible, they shall deceive the very elect.
We are today, as a nation of free people, circling the drain that dumps you directly into hell and all of these aforementioned people are fully aware of what they are doing! However, they aren’t convinced the Bible is true. For the most important decision they will ever make they choose to put off what could mean. The totally avoidable consequences will suddenly become inevitable for you and all those you love but have influenced the decision they will make!

It is not always possible to understand the things you see. But one thing is very clear about America. It was formed by people who had just defeated the enemies of freedom for all. The framers of our Constitution paid a great price for their victory. However they then allowed the very people they had defeated to come into the new government they had just created. The Trojan Horse was now inside the gates. It has taken them over two hundred years to steal freedom from the children of those they defeated. Through lies, deception and outright murder they now are in the position they always had worked for and this decade plan the genocide of all those who don’t think like they think!

The assassination of JFK was a CIA event and 50 people who helped to put it all together met in Texas to celebrate the day before the actual assassination took place. Needless to say Lyndon Johnson was one of them! The twentieth century was one of the most evil times in all of history prior to the current century which will top all in human history. That is exactly why this decade is likely to end the rule of common man and bring Jesus Christ back to stop the carnage! People you have trusted have lied to you and you have believed them. But Jesus who loves you didn’t get your trust and all He asked for was your trust!

I will continue articles on this subject but suffice it to say that if you are a Christian. Look up your redemption draweth near! If you are not then please know it is in your best interest to accept Jesus as your Lord and Savior today!