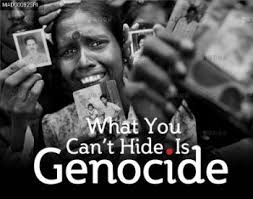 Genocide is understood by most to be the gravest crime against humanity it is possible to commit.

It is the mass extermination of a whole group of people, an attempt to wipe them out of existence.

But at the heart of this simple idea is a complicated tangle of legal definitions.

So what is genocide and when can that term be applied? You will find that the most agregious kind of genocide is not included when describing what genocide is. The class of people always left out is the spiritual choice people make. If you choose to be Jewish or Christian, it is not athis time looked upon as genocide. What Americian law makers are doing to get Americans in line with the Globalist view of what our country stands for. Is nothing short of Genocide! 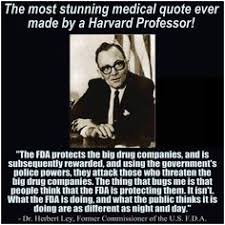 The FDA is leading the way to reduce the population of America. GMO foods are the choice they have made. Killing the masses with genetictly altered foods is the reality for the future. It is the direct cause of diseases like cancer, heart disease, diabetes, ms, aneurysms and many more. We find drugs and pesticides in our water and our foods. With the FDA telling us it is okay to have a safe level of these substances in our water and foods! While the EU countries have a far stricter policy of regulating what gets into their fiid and water.

The FDA makes it legal to force feed poison to the people who pay their salaries. They march to the music of the drug companies and large companies like Monsanto 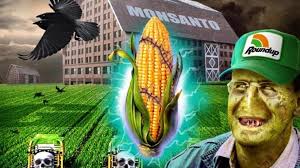 In an article entitiled “When did America become untethered from reality? “. Atlantic Magazine said the following:

The 1960s and the Beginning of the End of Reason

I don’t regret or disapprove of many of the ways the ’60s permanently reordered American society and culture. It’s just that along with the familiar benefits, there have been unreckoned costs.

In 1962, people started referring to “hippies,” the Beatles had their first hit, Ken Kesey published One Flew Over the Cuckoo’s Nest, and the Harvard psychology lecturer Timothy Leary was handing out psilocybin and LSD to grad students. And three hours south of San Francisco, on the heavenly stretch of coastal cliffs known as Big Sur, a pair of young Stanford psychology graduates founded a school and think tank they named after a small American Indian tribe that had lived on the grounds long before. “In 1968,” one of its founding figures recalled four decades later,

Esalen was the center of the cyclone of the youth rebellion. It was one of the central places, like Mecca for the Islamic culture. Esalen was a pilgrimage center for hundreds and thousands of youth interested in some sense of transcendence, breakthrough consciousness, LSD, the sexual revolution, encounter, being sensitive, finding your body, yoga—all of these things were at first filtered into the culture through Esalen. By 1966, ’67, and ’68, Esalen was making a world impact.

This is not overstatement. Essentially everything that became known as New Age was invented, developed, or popularized at the Esalen Institute. Esalen is a mother church of a new American religion for people who think they don’t like churches or religions but who still want to believe in the supernatural. The institute wholly reinvented psychology, medicine, and philosophy, driven by a suspicion of science and reason and an embrace of magical thinking (also: massage, hot baths, sex, and sex in hot baths). It was a headquarters for a new religion of no religion, and for “science” containing next to no science. The idea was to be radically tolerant of therapeutic approaches and understandings of reality, especially if they came from Asian traditions or from American Indian or other shamanistic traditions. Invisible energies, past lives, astral projection, whatever—the more exotic and wondrous and unfalsifiable, the better.

Not long before Esalen was founded, one of its co-founders, Dick Price, had suffered a mental breakdown and been involuntarily committed to a private psychiatric hospital for a year. His new institute embraced the radical notion that psychosis and other mental illnesses were labels imposed by the straight world on eccentrics and visionaries, that they were primarily tools of coercion and control. This was the big idea behind One Flew Over the Cuckoo’s Nest, of course. And within the psychiatric profession itself this idea had two influential proponents, who each published unorthodox manifestos at the beginning of the decade—R. D. Laing (The Divided Self) and Thomas Szasz (The Myth of Mental Illness). “Madness,” Laing wrote when Esalen was new, “is potentially liberation and renewal.” Esalen’s founders were big Laing fans, and the institute became a hotbed for the idea that insanity was just an alternative way of perceiving reality. 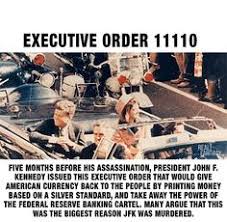 So we see if you do not agree with the establishment position you are a certified nutcase! You pay for everything and the government decides who lives or dies. The Globalists decide what you are allowed to know and the news media feeds it to you. You could have stopped it at any time but the wicked and the usefull idiots run the show. We are now at a point in time where nothing short of war will stop the coup that is well under way. Our government is being transformed into a government that can be and in point of fact is being used as a weapon by our enemies to destroy freedom as we know it!

We watch the Globalists denying the right for you the people to elect the President of your choice. The point of no return has been passed and now we see them openly telling us we are not free to choose who will lead our nation! Now we who believe in God will see our God do as He has promised!