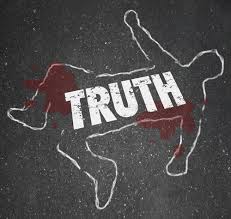 America was founded as a Republic, over time the Globalists have sold it as a Democracy. The scoundrels who have kept putting forth this point of view are in both political parties! You know the names, McCain, Bush, Clinton, Obama, Schumer etc. and the list goes on. 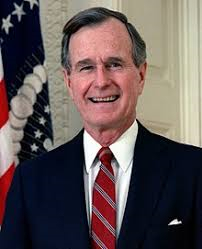 In January 16, 1991 Bush gave a speech in a joint session of Congress. The phrase, “New World Order” has been widely used since first coined by George Bush in his 1990 speech before a joint session of Congress. Both political parties contain the traitors who are dedicated to killing the Constitution they took an oath to “preserve and protect”. They are not Americans, but Globalist who are really Europeans whose parents came to this country to change our form of government. They have worked quietly until they believed that they had enough power to subvert our system and take the power from real Americans. They have no shame nor any feeling that they are traitors to steal the souvereignty of the voters, creating a dictatorship. I may go deeper into this whole conspiracy later, however I want to take a look at the end game at this point.

In 2016 John McCain spent time and money to go to Europe and help with a dossier to disscredit Donald J, Trump. The Republican Globalists did not want Trump elected to the office of President of the United States. They set out to stop Trump because he was an American and would not be someone they could turn to the Globalist agenda for the world. Long ago both Democrats and Republicans began working together to change the course of America. Today it would be difficult to find a Democrat legislator not devoted to the idea of a one world government. The Republican party is about eighty to ninety percent of the way to that goal as well. 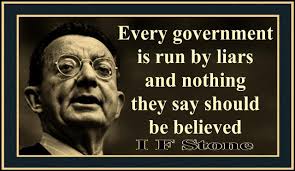 Taking an oath to do exactly the opposite, just as the Democrats they work to deny the American peoples wish to be free. Donald J, Trump was elected by the American people despite the fix being in. This is a traitorist act and all who have participated should be tried in a court of law. It is one thing to not agree with the will of the people. An entirely different thing to accept payment from the same people they want to enslave. Deceive the American people and lie about it with a straight face! Look at all of the Republicans who have resigned in 2018, at least 43 members of the house have made their seat vulnerable to a Democrat takeover. If that act doesn’t say traitor to you, what would you call it?

I remember a time when I did not think this could happen in America. However, being raised in a Christian home I kept watching the events that clearly showed how depravity of those who claim to be public servants. Now I can look at the words of the prophets dating back thousands of years, spot on, only God could have revealed these things to them. Not one of the traitors will escape from the justice of almighty God! But how many of the deceived will wise up and turn to Jesus before it is too late?

At one time in my life I felt sorry for most people who I believed would miss going to heaven, but no longer! The Bible makes it quite clear that God sends noone to hell. It is a choice made by each individual person and all who stand before the Great White Judgment, have made that choice.

(15) And if it seem evil unto you to serve the LORD, choose you this day whom ye will serve; whether the gods which your fathers served that were on the other side of the flood, or the gods of the Amorites, in whose land ye dwell: but as for me and my house, we will serve the LORD.