Trans Humanism a marriage made in hell! It’s all about human body united with a computer.
Much faster than the average person can believe, your government plans to make you extinct. Remember all the talk about curing disease with stem cell research? It was the big lie to get you to fund your own demise and or slavery. And it is certain that George W Bush and others like him knew while they spoke about it. What the real purpose of the project was, trans humanism research.

Now I know that most who read this will say I have lost my mind. But you not believing is not really the point here. The point is that God destroyed the entire human race except for eight people and the uncontaminated animals, because this was being done at the time of Noah! In the following excerpt from: http://www.eyewitnesstohistory.com/index.html 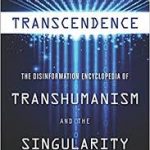 The following account was written by the Roman historian Tacitus in his book Annals published a few years after the event. Tacitus was a young boy living in Rome during the time of the persecutions.
“Therefore, to stop the rumor [that he had set Rome on fire], he [Emperor Nero] falsely charged with guilt, and punished with the most fearful tortures, the persons commonly called Christians, who were [generally] hated for their enormities. Christus, the founder of that name, was put to death as a criminal by Pontius Pilate, procurator of Judea, in the reign of Tiberius, but the pernicious superstition – repressed for a time, broke out yet again, not only through Judea, – where the mischief originated, but through the city of Rome also, whither all things horrible and disgraceful flow from all quarters, as to a common receptacle, and where they are encouraged. Accordingly first those were arrested who confessed they were Christians; next on their information, a vast multitude were convicted, not so much on the charge of burning the city, as of “hating the human race.”
In their very deaths they were made the subjects of sport: for they were covered with the hides of wild beasts, and worried to death by dogs, or nailed to crosses, or set fire to, and when the day waned, burned to serve for the evening lights. Nero offered his own garden players for the spectacle, and exhibited a Circensian game, indiscriminately mingling with the common people in the dress of a charioteer, or else standing in his chariot. For this cause a feeling of compassion arose towards the sufferers, though guilty and deserving of exemplary capital punishment, because they seemed not to be cut off for the public good, but were victims of the ferocity of one man.”
You can see that the past is going to be repeated in spades. Anyone who is foolish enough to refuse to believe what is in the Bible. Arrogant enough to say there is no Rapture and that they will meet the followers of Lucifer and go to battle with them, are simply not lucid or rational!

More to come in Part 2