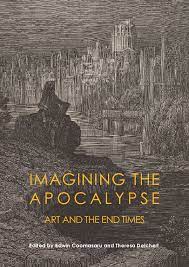 For those of you who either don’t believe in God or those who believe He exists but the Bible isn’t always true! Not being Bible literate in the sense that you haven’t studied it enough too really know what it says. I am going to try to help you before you miss the rapture and experience the most terrible things you or I can even imagine. I don’t want your money or any of your things so you know I am not with the government! I just want you too escape the wrath of a Holy God who has taken all the insults and abuse He wants to stand. Like all of us there is a limit too His mercy and He has reached it! He sends no body too hell He offered a pardon too all and became flesh. Died too pay the sin debt we all owe but we must accept the pardon too escape hell! Yes God, hell, heaven all of these things are real and didn’t create themselves! It is for certain God has done all and more to give you a way out of your worst nightmare. He loves everybody but is not going to allow the evil globalists too have the last word in this war. They are waging against God the creator! They boldly say they are going to kill all who do not see things their way and steal all that is yours. Then even have the audacity too think they can kill God! 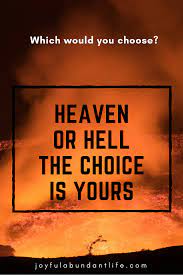 Two thousand and more years ago the prophets wrote about the time of the end and what would be happening today. If there is no God how could they have envisioned what the technology of today has made possible. The book of Revelation is unfolding minute by minute and the atrocities we thought could never happen in America are happening daily! Soon America will become a war zone and it was planned by our elected officials throughout the past two hundred and fifty years. They have no shame or pride just greed with a total lack of love or honor for those who gave their lives to protect our way of life.

The Bible tells us that we will see the sudden death of one third of the world. Then shortly after that One third of what is left will die. You can read it all in the Book of Revelation written two thousand years ago. If there is no God how did the prophet know? Jesus said that if He didn’t come sooner than He had planned there would be no flesh on the earth. What is the Great Reset doing right now by their own admission they are depopulating the earth! Everything is happening exactly as the Bible said it would do. There are many prophecies in the Bible that have already been fulfilled to the letter as the prophets said they would be and those that haven’t yet been fulfilled will come too pass soon! The time to act is now you have everything too loose and nothing too gain by waiting!

Our people demanding the right to murder their own! A nation founded as a Republic being governed as a Democracy (The Big Lie). We the people sitting and watching our freedoms being stolen by the self-appointed elites! Our own justice department being weaponized against the people they took an oath too represent!

(10) Standing afar off for the fear of her torment, saying, Alas, alas, that great city Babylon, that mighty city! for in one hour is thy judgment come.

(11) And the merchants of the earth shall weep and mourn over her; for no man buyeth their merchandise any more:

The Bible written in such a way that it tells us what will happen in the last days without letting us see who the traitors really were! Who would have believed that our elected representatives would work diligently to enslave and murder their own for more than two hundred years? But that is exactly what has happened and even now the majority of our citizens sleep as it all unfolds before them! But there is a God and He has already told how it will all end and the greedy believe they will prevail!

(12) For we wrestle not against flesh and blood, but against principalities, against powers, against the rulers of the darkness of this world, against spiritual wickedness in high places.

America has been under the attack of the enemies of freedom almost from the very beginning of our nation. If you are sensitive to the look and smell of evil you can detect the presence of the wicked and pick out the issues that they have interjected into our government since the early 1800s! Each time they added amendments to the Constitution, example is the 17th amendment. This amendment was designed to take control of the states from deciding who would be representing them in the congress and making sure the political parties controlled things!

I am a follower of Jesus Christ and I hope you are. However I am not going too get mad or want too destroy you if you are or are not. As a christian it is a responsibility Jesus has given to me too love you as I love myself and tell you about the end of time. If you study the Bible yourself and pay no attention too anyone but the word of God. You will discover that He loves you and not what you own!

The end of time as we know it is very near and now is the time to be sure we are saved and all of those we love as well! But those who want to destroy America and the rest of the non-elites in the world. It is my opinion they are lunatics! Never happy with the things they have and want all of the things possessed by the rest of the entire world and will commit any crime you can imagine too accomplish that end! Jesus loves you and is coming soon!

Don’t listen to you friends or even your relatives. Get a good Pre NKJV Bible and read it believing what is in it. You will see the things prophets predicted and then watch them happen. Make note of those things that have happened beginning with the birth of Jesus. It should be absolute proof that the things that are going too happen shortly are all there in the book of Revelation most of them are things you won’t want to experience!