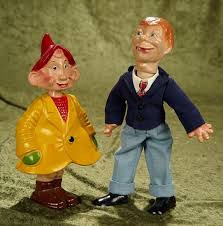 Are you a pillock or just someone who can’t figure or recognize a couple of nitwits when you see them. I will tell you it is hard for me too believe we could have eighty million stupid people in America. Much less that they would all go to vote in 2020! But when we look at the mess we are in 2023 you have to either be a pillock or Obama and his people are in the mix somewhere in our government. Then again we don’t hear a peep from enough people too put up a good opposition too the coup we are seeing in America today!

But to prefer a coup too getting into power with a legitimate election is a clear indication that you knew there were too few illiterates out there that could be swayed too believe that you were anything other than a first class crook! But then the Bible told us what would happen in the latter days and we are clearly there! 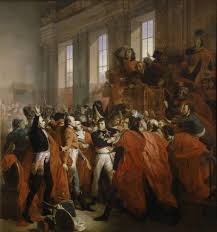 This coup has been in the planning stages since the framers of the Constitution got too the point where those who were unhappy with how it was coming out realized it was not going to be what they had hoped for. The last time we had a Constitutional election was the last term of George Washington. As the years progressed the coup planners kept modifying the Constitution to where it is the mess we see today! In the early twentieth century they decided this was the one that would bring about the overthrow of the only true free government too ever exist.

The new proposed government being pushed thru would make everyone a fascist or dead! Literally you have no choice except being a Hitler clone. After WWII we were anxious too hang all except those who would become a part of our government. If you doubt that read about Operation Paperclip in a book of the same name! If you read Operation Paperclip and don’t understand where we are today in Bible Time you are not paying attention. Too say nothing of the fact that we now have diseases that we never had before you surely won’t understand what country is responsible for most of it! 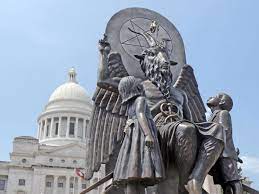 America blessed by God without which we would never have grown into a country everyone wanted too live in! Even now when our crooked leaders openly state they want to confiscate all that you own. Their are still people who want to come here and make it their home! But it’s too late the American dream will never be true again. God has been thrown out and for a short while Satan will be worshiped here!

Yes God has promised that He will take out the wheat and burn the tares in the end time and this is that time! The Bible promises that God never changes and the He never lies so we can depend on the fact that this will certainly come too pass! I am not prepared too tell you just yet that America is no more but that day is knocking on the door! It has been my assumption that the rapture will happen before that day will actually dawn. The book of revelation says it will happen and that the new country will fall.

For all these events predicted by the Bible too actually come too pass I expect that the church would have too be gone! The globalists are trying too bring that about right now! They hope to bring about the demise of the America before they attack Israel and they will in fact attack Israel! The attack will in fact happen however God does not tell us the timing. But as we look around we see that without a doubt we are in what the God and the Bible says will be the end of days! Most people are among those who will not be going to heaven because they simply don’t believe!

(14) Therefore, son of man, prophesy and say unto Gog, Thus saith the Lord GOD; In that day when my people of Israel dwelleth safely, shalt thou not know it?

(15) And thou shalt come from thy place out of the north parts, thou, and many people with thee, all of them riding upon horses, a great company, and a mighty army:

(16) And thou shalt come up against my people of Israel, as a cloud to cover the land; it shall be in the latter days, and I will bring thee against my land, that the heathen may know me, when I shall be sanctified in thee, O Gog, before their eyes.

(17) Thus saith the Lord GOD; Art thou he of whom I have spoken in old time by my servants the prophets of Israel, which prophesied in those days many years that I would bring thee against them?

(18) And it shall come to pass at the same time when Gog shall come against the land of Israel, saith the Lord GOD, that my fury shall come up in my face.

Anyone who believes that we will ever go back to what we call normal is living a pipe dream and doesn’t know what time it is on God’s time clock! If you are still putting off accepting the Lord as your savior you are treading very dangerous ground! Come quickly Lord Jesus!