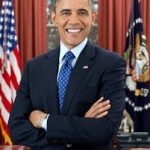 Most Americans would not believe the truth, even if they were told! The first black American was illegitimate. He was not properly vetted, intentionally! Now tell me that you believe it, but it is true! I know that you don’t want to believe that your government intentionally lied to you, but they did. The birth certificate was a blatant fabrication, period. If you were to go to Hawaii and ask to see the original, you couldn’t because it doesn’t exist! 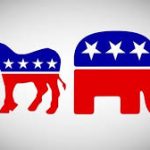 Both political parties participated in the farce, (coup) that was crammed down the throat of the American people. But for Donald John Trump, we would be up to our brows in the swamp today. That was the plan and Hillary was to be our dear leader. However, don’t believe that the Progressive traitors will now throw up their collective hands and quit, they won’t! The Bible tells us there will be a One World Government, so count on it. But the Bible also says, it won’t last long! 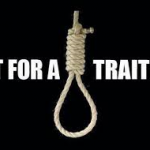 With a little effort you can find the truth about who runs the current government in America. I am an American and would not have believed that the good old boys would have put up with what has gone on here for more than one hundred years, but they have. This is not and never has been a Democracy! It is a Democratic Republic from its inception. But it was never run, by our elected officials as a Republic or even as a capitalist country. Those in Washington DC have always leaned to the Socialist point of view, because their intent was always to install a dictator. It was not apparent until the late eighteenth century. When we went into the nineteen hundreds our leaders really began to show there intent with Woodrow Wilson.