Are You In The Dark?

If so, and I don’t doubt it, but it is by choice. Because the evidence is everywhere yet most of America is with you. I have heard many who say “I don’t really care what is happening that is all in the hands of God.” Well the next thing you should do is ask yourself a very important question. Why did God put prophecy in the Bible? The answer is very simple, but if you ask it then you think you step out from the responsibility Jesus placed upon your shoulders when He gave His life for you! So you believe not asking or answering you are home free, but you are not. Because God already answered that question also!

So God has tried, in His wisdom, to put light on your pathway. Your way of coarse, That’s okay I’ll just pray and God will take care of all this. Well if it was always that simple why would God say, My people are destroyed for lack of knowledge: because thou hast rejected knowledge,. Well if you would just read and believe the rest of His sentence maybe you would understand! I will also reject thee, that thou shalt be no priest to me: seeing thou hast forgotten the law of thy God, I will also forget thy children.

You see God gives to us what we need to know so that we can participate in our situation! He said at no time you sit on the sidelines and sleep while I do my part and your. If point of fact He said.

(48) But he that knew not, and did commit things worthy of stripes, shall be beaten with few stripes. For unto whomsoever much is given, of him shall be much required: and to whom men have committed much, of him they will ask the more.

On the other hand look at how your brothers and sisters treat your children if the can get elected to political power. Then they even persuade you be evil to the core like them. 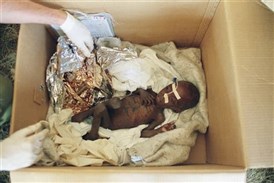 In excess of Sixty Million babies murdered in America qualifies the leaders of our nation for this title. But what is even worse the American people have done nothing about the problem. Acting as if they are unaware of this happening since 1973! The Congress is supposed to represent the American people. The God who created not only the American people. But the Sixty Million babies that have been murdered because the Supreme Court said it was a right. There is no such right granted in the Constitution. But because we have been so stupid to have allowed this they are now expanding their genocide to the rest of the population! Yes they even make a business out of you and get you comfortable with the sewer they live in! But God is watching and now has all the photographic evidence to convict them and you at the Great White Throne Judgment! 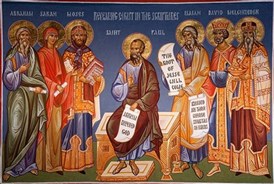 Have you ever had another great question? How did all of these old prophets have so much information about how we would be living in the twenty first century? No Jean Dixon’s here they are precise in their timing and actions. It would really be remarkable if some how they have put their finger directly on the depravity of modern day man. Notice they refused to call us persons. I’m sure you will want to tell God how He doesn’t have their okay to talk about genders! I’m happy to tell them He will enlighten them quickly and move on to the sentencing portion of their audience with Him! I hope that you wise up and are not there to see this phase of the end times unfold it won’t be pretty or avoidable if you don’t do a quick course change while in this life! 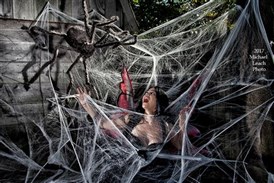 If you do not realize we are in the last years of man and his relationship with Lucifer. You can still avoid the disaster that is at the door. Yes it is here and it will arrive soon and without you accepting Jesus as your savior. You, your children and all that you love will be betrayed by the self appointed elites in our government just as the Bible said. That is the goal of their lives and this man created virus is only the beginning of the disasters they have planned to move Americans out of the way of the Globalists. Planing for a One World Marxists style government. They intend to steal all of the wealth of the earth for their own! In the words of Senator Schumer “You will own nothing and be happy.” Free yourself today.