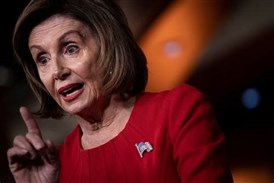 Yes America is at war and that war is the final war for America! This war is one that most persons will not see or accept as a war until it is too late. A domestic war that is designed to make slavery the goal of the nation. Unlike the civil war this war is not between those who want to own slaves to have workers for their plantation. No it is to turn the entire world into a plantation owned and operated by the self appointed elites of the world! These people believe that they are the only ones who have a right to rule. They believe that they and they alone should be in charge of all things. In point of fact they see all the rest of us as inferior too them! 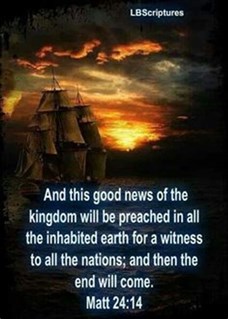 This is not a war that we can stop or control because there are too many of the enemies. Plus even people who should know that this a war that have been ongoing for hundreds of years. Most who read this will dismiss the whole thing as me the writer being a fool. But this war started in the Garden of Eden. Thousands of years ago the prophets told us what God knew we needed to know. It is all in the Bible from beginning to end. If you don’t believe it and aren’t willing to turn to God now, your fate is sealed! Only those who love God and will humble themselves before Him will survive what isn’t coming on the earth it is here!

Regardless of what you have been told there are not many ways to God! There are two destinations Heaven and Hell! There are many ways to get too Hell. But there is only one way to get too Heaven! Jesus is the only way to Heaven and any other path leads directly to Hell. There is no way to sit this one out God is finished with letting man trying to work things out. The evil among us out numbers the good people by far. When the evil is in power they set out to undo all of the good that has been done by the good people. If you can’t see that happening right now with the Biden administration!

It does not matter how Joe Biden got into office. He is there and he is setting the stage for the United Nations and others to destroy freedom and make slavery the worldwide norm! Things will never get back to what we call normal. We are now at the end of the Church Age and God will remove the people that have accepted Jesus as their savior! Then seven years of the Great Tribulation will in fact cover the earth! God will pour out His vengeance on the Satan followers that are left! Jesus will return to the earth and end the Battle of Armageddon and all rule of Satanic powers forever! All that God said in His written word is now about to be completed! 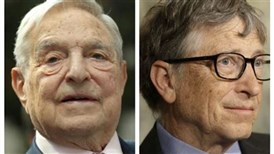 Biden is determined to enslave all of humanity that doesn’t bow to him and the globalists of the world. Defund the police and take away guns from the citizens are clearly unconstitutional! The Constitution tells us that defending ourselves is a God given right and that it cannot be infringed. That means government does not even have the right to make a law against it! Now we see the feds think they can use the military to come to your home and get your guns. The Constitution states clearly that the military cannot be used against the people of the nation! They want us to finally roll out the guns and give them an excuse to declare martial law. The federal government and few of the states want to go to open war with the people. That is called a coup and they intend to provoke it right now! 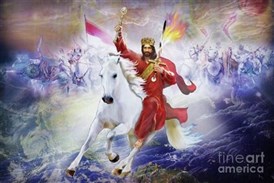 God loves His creation and He never wanted to see any of the humans He created to suffer or end up in Hell. His plan was always for the earth to be a Heaven on earth. But Satan allowed his jealous side to guide him and he deceived Eve and Adam didn’t follow the guidance that God had given him. God always knew what was going to happen. God is never surprised by anything that happens but He allows man to see what the happens when we don’t follow His guidance!

The time of the true reset is here and this time God will not allow His plan to get derailed! It is time for all of us to stand up for Jesus and see how good God really is!

Revelation 21:1-4
Now I saw a new heaven and a new earth, for the first heaven and the first earth had passed away. Also there was no more sea. Then I, John, saw the holy city, New Jerusalem, coming down out of heaven from God, prepared as a bride adorned for her husband. And I heard a loud voice from heaven saying, “Behold, the tabernacle of God is with men, and He will dwell with them, and they shall be His people. God Himself will be with them and be their God. And God will wipe away every tear from their eyes; there shall be no more death, nor sorrow, nor crying. There shall be no more pain, for the former things have passed away.”