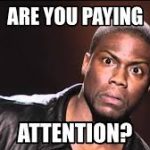 If you are blaming the Democrats for what is going on in our government, you are only half right! If you blame President Donald Trump, you aren’t paying attention!

Since early in the 19th century Americans have been the target of the Globalists-Masons! The thrust to convert America to a slave state. The two major political parties have always been one and the same. As far as the goals and intent there has been no alternative. When we went to the polls we were voting for a Globalist society. Almost all of the candidates were going to take our country to a predetermined destination! 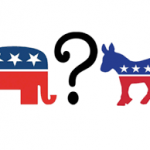 Since the founding of America it has been a predetermined fact that we would be the nation that led the world to a one party slave state. Read: “Hope of The Wicked by author Ted Flynn”. Ted will take you on a trip that will show you that almost every person who “served” the American people was a crook! To their credit there were some who were real Americans like you and me. But most were arrogant, greedy Globalist. The self appointed “Elite” have controlled the choices you got in the voting booth. Both Democrats and Republicans were working towards the days we live in today! The choice was made for us and we followed just like sheep. If anyone got out of line with the Establishment the were dealt with in the fashion of Lincoln and Kennedy! However the new way they deal with a “so called mistake” like Donald J Trump. They just set out to reverse what voters have done and expect us to sit down and shut up! 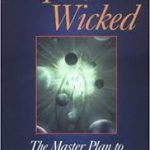 Have you ever asked the question, “why is it that no matter how we vote, why do we always get the same results?” Conspiracy theory is what they will still tell you today. But the day is just around the corner when they will just arrest and execute if you dare to disagree. Hope of The Wicked will give you all of the facts about who, why and how it was done. If you are a student of the Bible you will not be as shocked as those who are not. However if you don’t study your Bible and just go by what comes from the pulpit. You likely will still not see clearly as you should!

Several thousand years ago God through His Holy Spirit. Moved on prophets to write the scriptures that foretold what would happen at the end of the church age. The very things that are in the news of today. These prophecies are now happening and will be fulfilled to the letter!

The prophecies tell us that these wicked among us will overthrow governments worldwide and create an evil One World Government. This government will be like no other that has ever been on the earth since creation. 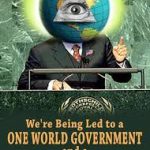 The wicked are filled with greed and will not rest until all personal property rights are abolished and the wicked will claim them all. There will be two classes, the Elite and the Poor, guess which one of those classes you will fall into! The wicked have convinced, what Lenin called, “the useful idiots”. To demand that the government steal from those who have earned and give to to those who want it. The only explanation for this is mugging the rightful owner and bribing someone with what was reaped in a robbery! 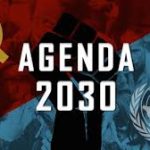 God tells us in the prophecies that they will be successful. But that after seven years He will overthrow them all and destroy them by fire. The wicked and their prey will call it a victory for a very short seven years. Then reap the fury of almighty God forever!

Read it for yourselves, it is in the Holy Bible. No there is only way to God and that is through Jesus Christ!