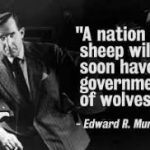 99% of Americans are sheep going to the slaughter and have no idea. What is about to happen in America will make what Hitler did look very mild! Rights to everything you believe you own will be gone. You may have two pairs of shoes or a hundred, all gone as soon as they are discovered by the resource police. That beautiful home you worked, saved for or made payments on for thirty years. You don’t own it anymore. Two cars what are you doing hording all this stuff for. We will allow you a bicycle with a small basket on it. You say it will never happen but the laws are already in place to see to that it does. 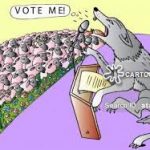 The politicians promised you that the new one world government was going to take care of you as long as you live. They just didn’t mention that it wouldn’t be very long!

One of the goals of One World Government is worldwide population reduction. Millions will be exterminated to get to what they call “sustainable population levels. It will be the genocide of all those who disagree with the UN policies of slavery and ending private property rights of the individual. These are the Hitler and Mao Zedong policies on steroids!

They are fulfilling the prophecies of the Bible to the letter. 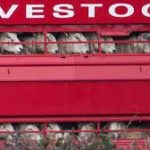 Don’t be too surprised when your last ride is not a very comfortable one. Just like the Nazi death camps there will be murders on a wholesale level and beyond. But it won’t be just the Jews the will be after. If you are a Christian they will have a license to kill you on the spot.

All of this has been built into the diabolical plot they have worked on for two hundred years. The wicked among us are greedy and can’t stand anyone who will not be controlled by the self appointed elite of the world! Through plans that have been laid down by the elected officials of America. Most with executive orders by the Presidents of the twentieth century did what they knew the Congress would not pass.

The UN has always been intended by its founders, to be the New World Order! When the League of Nations failed, it was replace by the UN by the same people. The intent was to create the entity that would bring in and manage the New World Order Government. The armies of the US and Russia was intended to be merged. The plans have evolved and changed a little as the years went by. However the goals remained the same, slavery or death for all but the elite! That is the precise reason for the hate of President Donald Trump, he is not a Globalist.