The CIA gives the orders and Booz, Allen Hamilton manages the traffic flow all designed by the Dulles brothers. General Eisenhower warned about the military industrial complex on, Jan 17, 1961. War is a business for those who run the CIA. The years after World War II began a deep erosion of the rights of Americans. Don’t get me wrong I’m not saying it wasn’t happening before that. But it went into high gear after the war that was said to be the war to end all wars. What has happened since then has been an all out assault on the liberty of the American people.

I shall not try to give a full report of how the system works in this short post. 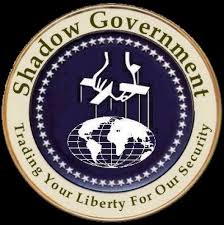 However suffice it to say that the kingpins who run the various departments of our government. Most have passed through Booz-Allen-Hamilton and will return there after leaving the government department they were in. Unless and until they retire they are in the active pool for future service. Booz’s strategy starts with the revolving door: many of its top executives are former high-ranking intelligence, military, and other government officials, and many have also moved back through the revolving door into high-ranking positions in the public sector. Booz’s revolving door connections have attracted some scrutiny in the press. Bloomberg deemed Booz the “Shadow Empire” in a lengthy piece on the company, and observed that Booz’s ability to win contracts seems “ensured by the roster of intelligence community heavyweights” on its payroll. The New York Times published a critical piece on Booz shortly after Snowden’s identity as a Booz employee came to light, focusing on Mike MccConnell, a current Booz EVP and former NSA Director and Director of National Intelligence, as well as the current Director of National Intelligence, James Clapper, a former Booz Vice President. See this website for a broader look at what I am telling you: Click Here 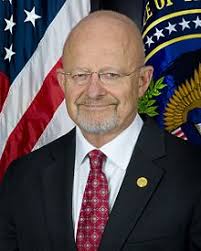 Assassinations that may be linked to the CIA: Click Here . The CIA has a worldwide network just as do most countries! We live in a very dangerous world today and most of that danger comes from governments that want to enslave the entire populations of the world. Ruthless individuals who will stop at nothing to achieve there evil goals! If you are not a Bible student you may well not believe that this is possible. However God has made it clear that it will happen and that He must intervene or there will be no flesh will survive on the face of the earth. 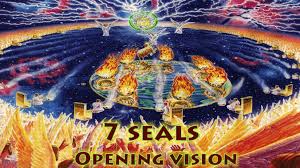 We live in the very days that prophets wrote about and gave signs to show us when it was all about to happen. Believe it or don’t, is entirely up to you, but happen it will and soon it will be too late to escape the wrath of God! Revelation chapter six is the beginning of the judgment of God to reconcile the State of Israel with the God who created them! When we look at the Bible it is very difficult to understand it all unless we first understand the following passages in the book of Isaiah.

{28:9} Whom shall he teach knowledge? and whom shall he make to understand doctrine? [them that are] weaned from the milk, [and] drawn from the breasts.

{28:11} For with stammering lips and another tongue will he speak to this people.

this [is] the refreshing: yet they would not hear.

The Bible is much like a military manual, encrypted so that knowing the truth will only be possible to those who are serious about finding the truth! Sad as it may be, the truth most people today don’t want the truth. Their only passion is doing what they want to do when they want to do it. If you don’t love God you don’t want it to be truth, that He exists! The Bible tells us that most of those who live in this generation will be lovers of their self and will be lost. What Jesus said was most important is offensive to most people in the world.

{22:40} On these two commandments hang all the law and the prophets.

Just being obedient to this one principal, even if we didn’t believe in God, would change the entire world into a great place to be! Just as hate has changed the whole world in the other direction! But the evil dedicate themselves to teaching each generation to hate their neighbor and the majority of the world population has bought into it. Hate and greed is the foundation of Communism/Socialism! That is the single most important reason that the wicked will destroy America in your lifetime!