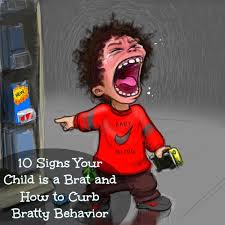 We must listen to the talking heads on all news channels, even Fox News! You will frequently hear said the following phrase, “they need to get to the bottom of it all”. When they are talking about the things like the leaks of confidential conversations. If you have any ability to put things into perspective, based on what you already know, you already understand the bottom line. Knowing that in 2016 the voters rejected Clinton because she was an extension of Obama! Then you know that from that point on we have not seen the progressive Democrats and Republicans doing anything but reject the will of the voters. Voters be damned we will lay on the floor and kick the walls until we get our way, is their message. Now every progressive, both Dem and Rep, is using every spoiled brat tactic they know! 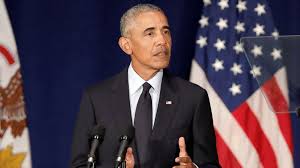 They believe in their hearts that you have no right to have an opinion different than theirs! When I was growing up parents didn’t often put up with that, mine surely did not. But today it is accepted behavior for not only kids but people who believe they are adults. But being an adult is more than getting out of diapers and it will soon end the freest nation on planet earth. You can’t run a successful home that way and it isn’t any different for a nation! Now we see the liar and chief back on the stage believing that surely he can fool enough of the deceived that he once fooled. To again motivate them to come out and help setup their own lynching party. Believing that the prosperity we see today is because of him. Is there really enough stupid people left that they would buy his deception once again? I hope not, it is clear to many of us that had he been properly vetted he would have not been elected in the first place! 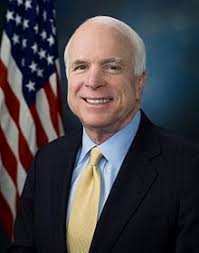 The posture of the Democrats in Congress is to block everything the voters want. They are willing to lie cheat and steal just as Hillary Clinton did. Simply because they know they will not be charged with treason because there are not enough honest people in Congress to seat a jury! Look at what went on at the funeral events of John McCain. Her was one of the main Republicans to give the center finger to the voters when they chose Donald J Trump over Hillary Clinton. He paid a great price for his service to this country while in the military. But his loyalty to the voters during his last years in the Senate was not anything to brag about. 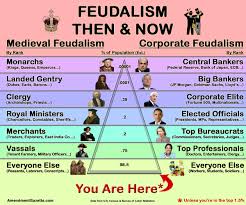 Beginning with Prescott Bush, the Bush family has not been what they looked like on the surface either. In the early part of my life I was a supporter of George W Bush. I saw things that didn’t line up and I began to look back at the events surrounding H W Bush and was shocked at what I saw that pointed to him as a Globalist. The more I found out I realized most establishment members of congress were Globalists! How were they able to claim to be conservatives and be Globalists? 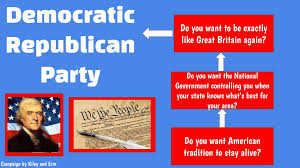 The two party system had been used to undermine the electoral system by splitting the Democrat-Republican parties in 1860! They did as the socialists had always done, they deceived the voters into accepting a system where they would always be voting on a candidate acceptable to them. Heads I win tails you lose is the strategy they have used since 1860. Now they are extremely upset that voters seized control of the system without realizing what they had done. Leaving them with one choice. To denigrate the character of the candidate the voters had chosen. They had the final President in line to be set in place so they could enslave the nation and the voters made the wrong choice. 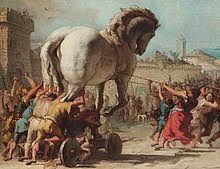 The Trojan horse in America is “early voting”! Mail in votes will be the transport vehicle for the votes of the dead and the illegals. In 2016 the establishment underestimated the turn out of the non establishment voter turnout. They didn’t plugin enough votes to overcome the votes of honest Americans. But they will not make that mistake again! They will pull out all of the stops and go for the jugular vein. Real Americans value the freedom God has granted to those who love Him and will not vote for Communism. The Globalists however have the same commitment. But to their God Lucifer! We in America have enjoyed the best standard of living in the entire world, especially since world war two. Oh yes we have had some bumps in the road but no were in the rest of the world does the average citizen enjoy the blessings that Americans have! 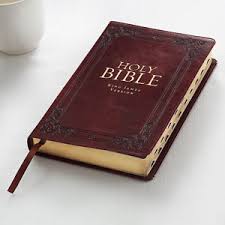 The Bible predicted this turn of events thousands of years ago. How did the writers know what would happen four thousand years ago that One World Government would happen at this time in history? Only a someone who was being talked to by a supreme being could make an accurate prediction of this magnitude. Not one of the predictions made to happen prior to the end time has failed. Those predicted for now will surely happen as well! Yet millions will have too much pride to thank God for warning them and making a way of escape for them. Then accepting the pardon for their sin so that they and their children will escape the horror that will soon engulf the earth. There is only one god who promises to forgive all sin if we will only confess that we have sinned and ask Him to save them!

(30) He that is not with me is against me; and he that gathereth not with me scattereth abroad.