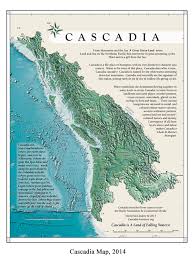 The most dangerous volcano’s in the world number is set at eighteen. However, the Cascade Region of the Northwestern Coast has eleven of them!

If you believe that judgment is not going to come to America, you might want to consider the facts!

The facts are, the Bible most people don’t believe. Has predicted what will happen in the latter days of the church age. Almost all of those predictions have already been fulfilled, and the rest are at our door and will soon be history! 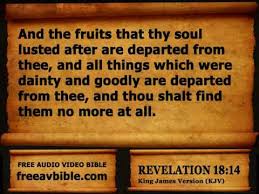 What is coming to America is the reaping of the evil our elected leaders have been sowing since at least the year of 1800! God is very patient but He Himself has told us that there will be a point where He will tolerate it no more.

Genesis 6: 3 thru 5
(3) And the LORD said, My spirit shall not always strive with man, for that he also is flesh: yet his days shall be an hundred and twenty years.
(4) There were giants in the earth in those days; and also after that, when the sons of God came in unto the daughters of men, and they bare children to them, the same became mighty men which were of old, men of renown.
(5) And GOD saw that the wickedness of man was great in the earth, and that every imagination of the thoughts of his heart was only evil continually.

Revelation 8: 10 thru 11
(10) And the third angel sounded, and there fell a great star from heaven, burning as it were a lamp, and it fell upon the third part of the rivers, and upon the fountains of waters;
(11) And the name of the star is called Wormwood: and the third part of the waters became wormwood; and many men died of the waters, because they were made bitter.
Revelation 18: 1 thru 2
(1) And after these things I saw another angel come down from heaven, having great power; and the earth was lightened with his glory.
(2) And he cried mightily with a strong voice, saying, Babylon the great is fallen, is fallen, and is become the habitation of devils, and the hold of every foul spirit, and a cage of every unclean and hateful bird. 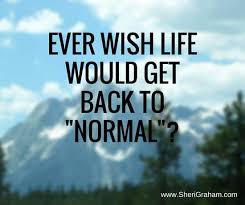 For those who keep lying to themselves and waiting for a return to “normal”. The evil among us have no plans to let us see another “so called normal day”! They have worked to make you a slave for hundreds of years, the day of your enslavement has arrived. On top of that we need to remember that God is not pleased with what most people see as normal.

He wants us to turn back to Him and never turn our backs on Him again. America has told God He is not welcome anyplace in our lives. Those who are actually living a godly are a very small minority!

I believe that America is “Mystery Babylon” and will in fact be destroyed for rejecting God and embracing evil! I expect to see wormwood to hit America and destroy it just as Sodom and Gomorrah was destroyed!

If you haven’t accepted Jesus Christ as your personal savior, let today be that day! To put it off is totally insane and you don’t want to go thru the judgment of God that is about to begin on planet earth!