What is it and what is the goal? There will be very few questions because it has been around for so long and no one has bothered to look at it in it’s total scope! The younger you are the less likely it will be that you really understand what What does “Common Good” really say about the person or persons who are trying to sell it to you?

The people who no longer live in Cuba, China, Russia and places like Venezuela. They will remember who profits by governments designed for so called: “The Common Good”! That phrase should be screaming loudly at you and you should be hearing it very clearly!

The government represented by this phrase has been tried many many times and has always proved that working hard and keeping some of every dollar you have earned. But the people who are selling this form of government are always lying, stealing, criminals who never hesitate to lie and that is why they will end up as a failure in the final judgment!

The phrase “The Common Good” is really saying “Organized Crime by Government”! The mob has taken over the government and will steal, pillage, murder and rape everyone to keep the power to control you! Government has no money that it has earned and it produces nothing! The free that they promise you was stolen from someone who earned it. The average self appointed elite came into a government position by promising to do something if you will donate your money to them. It is rare that they used their own money to get the job. But by the time they get a few years in government they are wealthy and are still after the money someone else earned!

The FBI studied the organized crime organizations that existed in the twentieth century and gradually dismantled most of them. Then government adopted the parts of organized crime organizations that they believed they could use in their everyday functions of government. Now we see government departments using those tactics to destroy the government our founders put into place. Ignoring the procedures required by the Constitution to control big government. They assumed authority they didn’t have and the lazy voters didn’t object so now we have the current sewer system we call a Democracy! Our Republic has been operating as a modified Democracy for over two hundred years. All with the full knowledge in every branch of the government that they were committing crimes against the people. And what was their long term goal? 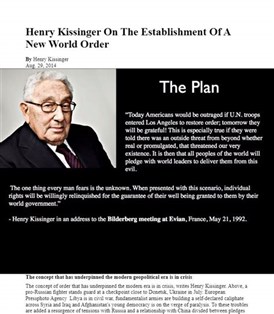 Their goal was quite simply exactly what you see being done by the Globalists now. Yes the one world government that the Bible predicted thousands of years ago! We can’t say they didn’t warn us about what their long term goals were. All along the way there has been people like Henry Kissinger that told us where they were going. Even JFK who was about to expose their plan was murdered! Now we come to Senator Chuck Schumer who recently recently made this statement. Quote: “You will own nothing and be happy”. We never even flinched. No one went to the streets in protest. No Congress person stood up and cried “unconstitutional”. Not one single person mentioned all the people who died to establish the government of, by and for the people!

America is now being led by the criminals that our men and women in the military have fought, bled and died to save our people from. If you are a criminal or an enabler you are part of the problem! 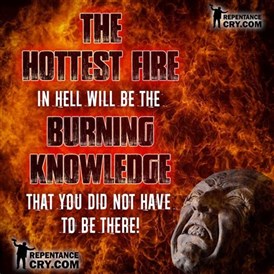 God has told us that He is about to take His people out of this cesspool. Then God has said he will begin a short seven year window He calls The Great Tribulation. A period of judgment on those who have rejected Him. Then anyone who still fights against Him will have no hope of redemption. Your choice, you can be a part of the problem or part of the solution. We have abused the privileges we have with the government our founders gave us. We were so sure that the free stuff the politicians promised us would bring us a utopia. We have allowed our greed to bring us to the point where we all loose our freedom and the freeloaders in government. Now they now believe they can steal every thing we have and do it with no fear of prosecution. Why not they own all the sources who have the authority to stop them! But wait have they made a giant miscalculation! 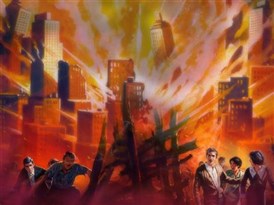 I would not want you to believe for one minute that those people will skate. Both the humans and those who are spirit and not flesh and blood are not going to escape their punishment. God prepared a special place for them to spend eternity. In case you are wondering. Yes, Satan has met his Waterloo and all will be thrown into the lake of fire! Those who have chosen to worship and follow him will end up there too! By the way all those who know the Bible already know that we are about too see those end time events come to pass!