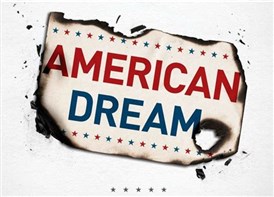 Most people really have no idea where we are in time! Especially Americans, and without a doubt people who claim to be Christians! The majority of people living in America have never served in a branch of the military. They have no idea what a patriot is or how we got to where we are as a nation. They don’t know anything about the founders of our nation or the political parties that have hijacked the nation. They have no idea what it takes to get a free nation or what it takes to keep it. The citizens of America think that they can trust those people that have been elected to an important office. That they can always be trusted to do what they have sworn too do! But they are about to find out that our greatest enemies are domestic! For over two hundred years the snakes and the cockroaches have moved forward with their plans and worked to steal, kill and destroy! Living right under the noses of them who are paying for their own destruction! 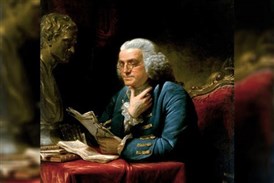 Our founders were a mixture of all types of people that we would find almost anywhere in the world. All colors, men, women, and from all backgrounds. But most important were both wicked and good. If you have lived for very long you know that the wicked always outnumber the good! So it goes without saying that the same was true about our founders. So when they sat together to work out the structure of the new nation everybody had to compromise or there would never be a new nation! So when all was hammered out Benjamin Franklin was asked an important question. Mr Franklin, what kind of a nation do we have? Ben’s answer was to the point: The great American patriot Benjamin Franklin was asked, upon his emergence from the Constitutional Convention in Philadelphia in 1787, what form of government the United States was going to have. Franklin answered succinctly, “A Republic, if you can keep it.”

Benjamin Franklin knew all of the other men who worked with him on the Constitution and would therefore know that they weren’t all satisfied. Some would and did work to undermine the new government like they had always planned! The last time we elected a President according to the Constitution it was George Washington. The traitors began working against America immediately. All those who wanted to see to it that the Republic would fail didn’t miss a stroke. Thru the years they continued to call it a Democracy even though they knew it was a Republic and harder to undercut than a Democracy. People be damned right up to and including Joe Biden they look upon the people with disdain! A government with “we the people” in charge does not allow the traitors to reach their goal of owning and controlling everything! They commit or setup crimes of all types including murder, rape, robbery and perjury. If a President doesn’t toe the line he will end on a slab and some have. The primary reason for the 2nd Amendment is to make sure citizens can protect themselves from government. The way it is presented is clear evidence that there is a motive behind it being added to the Bill Of Rights!

The Federal Government has no authority except that laid out in writing. Making it clear that everything else goes to the States or stays with the people! We the people made it clear that the federal government gave us no rights at all. We the people sat down holding all rights and delegated to the Federal Government certain duties and responsibilities. They would have these as long as they preformed them responsibility.

The first ten amendments are the Bill of Rights that belong to we the people and may not be changed! The 2nd amendment is there to give we the people the ability to deal with our enemies both Foreign and Domestic! It is spelled out in the Constitution that each state was to have a militia funded and supplied with arms by the federal government and controlled by the states! Here we are today with the traitors sitting in in the federal government and trying to disarm the citizens who hired them to maintain the Republic and they swore they would do just that!

Congress shall make no law respecting an establishment of religion, or prohibiting the free exercise thereof; or abridging the freedom of speech, or of the press; or the right of the people peaceably to assemble, and to petition the government for a redress of grievances.

A well-regulated militia, being necessary to the security of a free state, the right of the people to keep and bear arms, shall not be infringed.

Even the groups who claim to be fighting for our 2nd amendment rights can’t seem to understand that they are not attacking our enemies where they have no solid ground to stand on. I have cut off donations to everyone because none of them understand how too fight a war. Worst is they all try to tell us that if we just send money we can win. Not seeming to see that just putting out fires our enemies started is not a plan to win! Yet they never want our input about why we’ve stopped supporting their effort. But they keep sending us insulting requests for money with multiple choices of what we want. However not one asks for an explanation in our own words!

It is quite clear to me that the greatest threat to America is our elected persons in the Federal Government. They have broken their oath and are looking for the overthrow of the government of the people. They constantly assume authority we the people have not given to them and in many cases we declared was authority we did not want them to have!

The Constitution makes it clear that no one can even propose a law that is contrary to the intent of the Constitution and that if they do it would be null and void! Plus we the people never gave the President the right to make law with an executive mandate or order! Further let me repeat: the first ten amendments to the Constitution are inalienable rights from God and not subject to change! The 2nd amendment was clearly pointed out as not to be infringed upon. Anything done to attempt cripple or destroy it should be seen by the people to be treason! Biden needs to get the guns so he can steal, kill and destroy without fear of the people! Look at his forty some years in the government and you will see a communist crook. If you think things are bad now just wait until he reaches the point where his word will be law!

Get ready to be told we must modify everything we have ever believed! If you really think that is almost reality. If you don’t have the courage to fight now when do you believe you will be stronger than you are now? I am an old man and soon to be out of here but most of you have never had to fear for your freedom. Freedom was handed too you but the next decade promises too be hell unless you belong too Jesus Christ!

If you believe we were a christian nation to start with, explain to me the pictures in the Capitol Dome. All pagan symbols designed to honor the gods they worship. Few if any of the past or current members of Congress, Supreme Court or past Presidents were or are followers of Jesus Christ! Many are actually Satan worshipers. Remember being a Catholic does not mean you are a Christian, it depends on the kind of Catholic you are! In fact you will likely soon see a drastic reduction of your rights especially where Jesus is concerned!

The Constitution will be either abolished or radically changed and the Bible is a lie!

That is the next new thing and the people who will buy in will astound you. Their faith in God is very thin because they don’t study their own Bibles. Even worse the pastors of most churches don’t really know what the Bible actually tells us is coming! Millions will be buying the big lie and end up in hell.

We will be told that we have our brothers from outer space that are here to enlighten us to the facts about how we really got here. They will even show us the large disk shaped craft they came in.

God is getting ready to reap His harvest from the earth. When He does He will then burn the fields. When the wheat is gone He then destroys the tares! If you think I am wrong read the Bible and see if that isn’t the clear unambiguous message God lays out! The rapture is the harvest of the wheat and the great tribulation is the wrath of God!