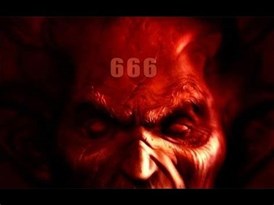 The Democratic Party is organized crime, it is not the people who vote for what the American way of life is. It is the party of Jimmy The Greek Schumer and Ma Barker Pelosi! They represent the Chinese Communist Party and those people who keep them in power are complicit in the biggest organized crime family in the history of the United States! The Bible is truth and what we see unfolding right now is the prophecies that the Bible predicted would in point of fact happen!

The one world government predicted in the Holy Bible could not happen if the United States keep being the leader of the free world. Therefore the events we see happening today are not only in America but worldwide and completing the setting of the world stage and usher in the Antichrist! It is very likely that the Antichrist is already on the world stage waiting to be introduced. He will be a Jew and very likely come from the country of France!

Actually the people who are leading the way to our destruction are the globalists and though their primary representatives in America are in the Democrat Party. There are other people scattered throughout America and the world. They have permeated the Republican Party but have not been able at this time to control the Republican Party, thanks to former President Donald J Trump!

We are now at a point of decision in America and will either capitulate or have civil war. Frankly neither of these options are very palatable. When the Bible says something will happen it will happen! We in America have insulted the God of the Bible for at least the last one hundred and fifty years. He will not now intervene on our behalf without complete confession and pleading for forgiveness and the majority in America will still choose to kill babies and reject God!

I believe that the only rational decision is to turn to God and remember that God tells us in His word that He will never leave us without an alternative.

(8) We are confident, I say, and willing rather to be absent from the body, and to be present with the Lord.

Remember that God is the only person who never lies and has a book that is full of proof of how much He loves us! Of course you have a choice to make here and maybe the organized crime folks will surprise us for once and not think only of themselves this time! Fat Chance!!