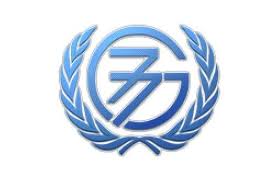 If you need a reason to get the US out of the UN, look no further than the G77 Group! This group of nations, Backed by Bill Gates and George Soros, should fit the bill. This group is a clear example of the dog that bites the hand that feeds it. Dictators of the world that plan to take over the world, using the power of the United Nations. Yes it is the same United Nations that you the Citizens of America pay, the lions share, of the money to keep it afloat!

Unless you are even dumber than a rock, after a little research, you should be demanding a complete pull out for America for the UN. Plus removal of all its people from the shores of the nation! Now let me give you a few excerpts from the New American website.

The largest group of governments and dictatorships within the United Nations, dubbed the “Group of 77 Plus China” or “G77 + China,” has unanimously selected the “State of Palestine” as its next leader. The controversial move sparked concerns worldwide about the bloc of corrupt and often autocratic regimes that controls some two-thirds of the votes in the UN General Assembly. But critics within and outside the UN expressed hope that the whole saga would have a silver lining: It will highlight the obvious dangers of further empowering the UN and its dictator-dominated “General Assembly” at the expense of national sovereignty.

The influential G77 Plus China grouping, which includes more than 130 governments and tyrants, is dedicated primarily to extorting Western taxpayers via a collective voice at the UN. At the UN’s “climate” negotiations in Paris, for instance, the outfit demanded $100 billion per year from taxpayers in richer and more liberty-minded nations — as a starting point. The group has also been demanding that the UN be empowered with vast new “global governance” powers, including a planetary tax regime, as part of what the G77 and its leaders often tout as the “New World Order.” 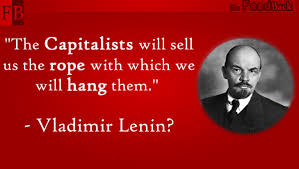 It is not difficult to see that it is not in the best interests of a free America to continue to support an organization that hates everything we stand for! We are doing exactly what Vladimir Ilyich Lenin once said we would do.

“The Capitalists will sell us the rope with which we will hang them.”

Most of the leaders we have chosen to leads us do not have our best interests at heart. They tell us what we want to hear, to get elected. Once in the door they do as they please and we re elect them and prove what they believe, that we are lazy and stupid! 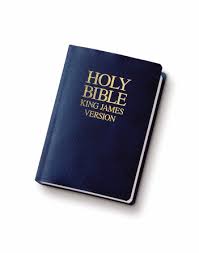 The Bible is very clear as to what will happen at the end of the church age. For some strange reason most churches don’t have a pastor that teaches what the word says about prophecies of that time! God is very clear about how He feels about His word:

(2) I will worship toward thy holy temple, and praise thy name for thy lovingkindness and for thy truth: for thou hast magnified thy word above all thy name.

If you wonder why God loves His word then you are not very familiar with God or His word!

(2) The same was in the beginning with God.

(3) All things were made by him; and without him was not any thing made that was made.

(5) And the light shineth in darkness; and the darkness comprehended it not.

Many pastors will not make it into the Kingdom because they refuse to step out and accept the responsibilitities that come with the position of Pastor. When asking most pastors why they don’t teach about the prophecies, they will say something like. Too controversial, I don’t want to put myself into a situation like that. My answer to them is also very clear, I believe you may have chosen the wrong vocation sir!

15 But as he which hath called you is holy, so be ye holy in all manner of conversation;

17 And if ye call on the Father, who without respect of persons judgeth according to every man’s work, pass the time of your sojourning here in fear:

7 Sanctify yourselves therefore, and be ye holy: for I am the LORD your God.

The hour is much later than most believe. Like in the days of Noah the masses will be caught unaware and will be swept into the hell they don’t believe in. It doesn’t have to be that way, accept Jesus Christ as your personal savoir today!