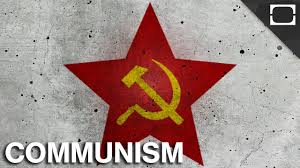 are at a crossroads in America and it is time to make a change! George Soros is not the President of the United States. Americans elected Donald John Trump and Americans need to stand up and defend the choice we made! Those among us that can’t do that and refuse to allow the duly elected person we Americans have elected should get a great shock. President Donald J Trump should move to revoke the citizenship of George Soros. Separate the Republicans who act like Democrats into the new Pariah Party along with all Democrats and abolish the Democrat Party which is the un-American Party! We are at war with the Communists who control the Democrat party. It is a war and it is time to wake up and see it. 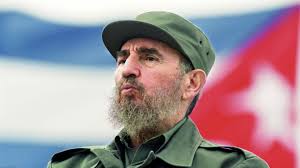 Fight them on our terms not on theirs! We will fight them make no mistake about it! They will have it no other way. They plan to take over and remove the legality of your guns. Then they will make it legal for them to confiscate everything we own! They will set all of the terms once back in power. That is not in the best interests of true Americans. They have been trying to start a war for many years and if we allow them to call the shots we will lose! No sane person wants a war but if they are ever back in power like when Obama was elected. They will never give up power to anyone except a Communist style Dictator! Have you seen what Cuba looks like after Castro? The time to stop it is now, the pain will be much worse later! 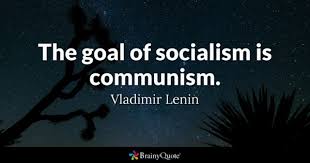 The establishment globalists have been working on converting our Republic ever since it was established! Their plan is simple and they are waiting until they have made the total population simple minded enough to vote for it. Even importing people who they believe will vote the way they tell them. Now they are getting impatient about waiting and plan to try to force it down our throats. Lets look at how they have set their goals and where they are at now. Let us put their ultimate goal right at the top of the list. Look at where we started and where they intend to go.

Republic, is the form of government in which a state is ruled by representatives of the citizen body. Modern republics are founded on the idea that sovereignty rests with the people, though who is included and excluded from the category of the people has varied across history.

Socialism is an economic system where the ways of making a living (factories, offices, etc.) are owned by a society as a whole, meaning the value made belongs to everyone in that society, instead of a group of private owners. People who agree with this type of system are called socialists.

Communism is a political and economic system in which the major productive resources in a society—such as mines, factories, and farms—are owned by the public or the state, and wealth is divided among citizens equally or according to individual need.

Progressive Era (1890 – 1920) Progressivism is the term applied to a variety of responses to the economic and social problems rapid industrialization introduced to America. Progressivism began as a social movement and grew into a political movement. The early progressives rejected Social Darwinism. Now the Democrats are trying to use the term progresive to redefine who they are, Communists! 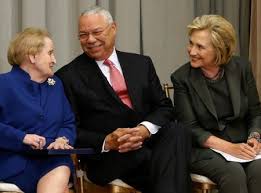 When the three stooges were on Madam Secretary during an October Episode. I was not surprised because they have done other shows that exposed that program as an arm of the Democrat Party. Their primary point that Nationalism was a threat to what they called “Our Values”.

They implied that their values were American Values and they are most assuredly not! Our country is in big trouble and it has nothing to do with Nationalism. Nationalism is exactly what our founders put in place.

The United States traces its origins to the Thirteen Colonies founded by Britain in the 17th and early 18th century. … Fighting broke out in 1775 and the sentiment swung to independence in early 1776, influenced especially by the appeal to American nationalism by Thomas Paine. In America we believe in the principal of personal property not common ownership!

The Republic is the form of government that has the most freedom. It is the form of government our founders gave us after looking at all forms of governments of the past. But the Europeans didn’t want that form of govenment for us because they liked being in control of all of the worlds assets! They have worked tirelessly ever since the formation of America to reverse what the American patriots had accomplished. The Bible tells us they will eventually succed in enslaving the entire world at the end of the age. But God said He will end it all at Armageddon!

Communism in all of its forms should be unacceptable to all Americans. We must be prepared to fight to the death. Stopping what the Globalist Communists are planning for the citizens of America must be the only goal we will accept! We should all see this as a compromise we will not make. The wicked among us have worked for hundreds of years and believe that we won’t have the courage to pay the same price our forefathers were willing to pay to keep the freedoms they won for us. Concentration camps and more will be in your future if you are not prepared to stand for liberty! If you want to stay away from the slave governments, now is the time to begin fighting those who want to be the new slaveholders! If we allow them control the fight will be harder to win, we must refuse them access to the levers of power at all costs!