Have I got your attention and do you realize what is happening in your world? There is a plan to reduce the world population so we can stop global climate change! There are more of us than there are of them but they are aggressively working to eliminate everyone but them. COVID is just the beginning of their sick effort and the vaccine only extends their evil plan. If you doubt that organized crime exists at all the highest levels in our government you are not paying attention. America’s Front line Doctors would like to give you a look at what is really happening. 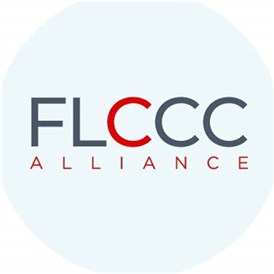 https://frontlinemedicaldoctors.com/ These are people who are putting their carriers and their lives on the line for humanity! Joe Biden is not as senile as some want you to believe. He is doing exactly what their plan calls for. Within a year and a half from Oct 2021 you will start to see mass deaths occurring as a result of a vaccine that is not a vaccine! This vaccine is designed to destroy your immune system. Thus opening you up to all sorts of disease that you would be protected from! It will change your DNA taking out beneficial code and adding bad code in it’s place. Government should be considered as organized crime now and it will become more apparent as we move closer to 2024. The government is standing between you and your doctor now and don’t expect that to change! They will intimidate and threaten at every attempt to expose the criminal acts that they are taking. We have not had a Constitutional form of government for most of our time since 1800. A good example of that is abortion followed closely by the presidential use of the executive order actions of all of our presidents. The Constitution states very clearly that no but the house can propose or make a new law and that even that must be in agreement with the Constitution. Otherwise it is null and void and never becomes law! Americans have earned the wrath of God and those who have not accepted Jesus as their savior will reap what they have earned.

Don’t believe anyone who comes at you with “this too shall pass”, especially if they are pastors. Everything is laid out for you in the book of Revelation. You can fulfill prophecy but if the Bible tells you something will come too pass believe it because it will happen. We are now in the last days and you can watch world news and then find it in prophecy. The people who aren’t paying attention to world events are making a huge mistake. Yes, there are some churches that are saying we should just pray and believe that all will be well. But what they aren’t telling you that we don’t know what God will allow us to experience before He Raptures us out.

God promised we the church would escape the wrath of God. But that has not begun as of yet and even though it is near. God still is charge and knows exactly when His wrath will begin. He never makes a mistake and nobody takes Him by surprise! But take a careful look at what the Biden/Harris administration is doing in your name. Yes just like they are blaming President Trump for what is happening now. They are also blaming those who supported Donald Trump and they will never take responsibility for the pain they are causing you. 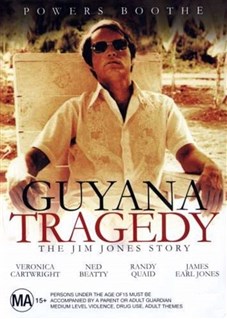 Do you remember Jim Jones? Jim Jones, by name of James Warren Jones, (born May 13, 1931, Crete, near Lynn, Indiana, USA died November 18, 1978, Jonestown, Guyana), American cult leader who promised his followers a utopia in the jungles of South America after proclaiming himself messiah of the Peoples Temple, a San Francisco-based evangelist group. He ultimately led his followers into a mass suicide, which left more than 900 dead and came to be known as the Jonestown Massacre (November 18, 1978).

What you are seeing in the world right now is being led by the globalists. The current administration in Washington DC is Jim Jones on steroids! The primary figures are in the Democrat Party but make no mistake about it. There are many Republicans in it too and they are ready to take a front line position after the nation compromised beyond return!

Bible prophecy is being fulfilled rapidly and if you are not saved I suggest you might want to face the fact that God is real. Nothing in prophecy that has not yet been fulfilled will be fulfilled yes they will be completed soon! Jesus is God and He will sit on the throne of His father David just a few years from now! That is my opinion and I will not ever have to eat crow on this one!!!

But what is so strange to me is the fact that about 45 per cent of the American people don’t value freedom and liberty and are following a group of genocidal maniacs to their own destruction. Even though I know the Bible said it would happen. I believed other countries but not the people living in my country certainly only a hand full would walk right into hell. But it is happening right before my very eyes! 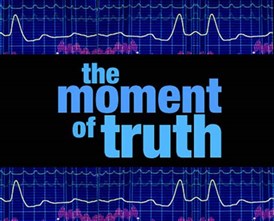 There is no doubt that there are very few people alive today that really remember the 2nd World War. There has never been an education of what the Nazi Party was really like. But if you are paying attention you know the pattern of our current government is without a doubt taking the Nazi track! We the United States imported a lot of Nazis into America after World War II. The tactics and plans our so called Democracy is taking is a modified Nazi Plan to get rid of anyone who doesn’t want One World Government. America was not founded as a Democracy and hasn’t functioned as the Republic it is since 1800!

Since the very beginning of the United States we have been slowly and surely moved to the left. The coup organizers planned to reach a point where they would exterminate anyone who wouldn’t move left! Then put One World Government into place and they have now reached the point where they believe they can make it happen. The Great Reset is designed to deny all people their Constitutional rights. Steal all of your personal property either while you were alive or after they murdered you!

I believe that it is perfectly clear to all real Americans that the traitors, who favor One World Government that this has been the ultimate goal of the globalists from the beginning! If you look at the artwork in the Capitol Dome you can see that we have been lied too for over two hundred years. When our government, was originally setup. The globalists were already in existence. They went along with what they couldn’t stop. While putting in place things that they knew they could use to turn the ship of state over time. By 1800 they began to make changes and have never stopped. The last President America has seated according to the Constitution was George Washington. I don’t have the space in these articles I post to give you a clear picture of how Americans have been robbed & raped by the people we have employed in the Federal Government. I am not getting paid to tell you this but there are some good books that will lay much of it out for you. One of them is “Saving The Constitution” by Richard Proctor PHD. Website: https://provisinstitute.com When you see someone telling you who our worst enemies are, know this: The first one that should be but is never mentioned is the Federal Government!

The executive orders by a President are not legal laws under our Constitution. Actually any law that disagrees with the Constitution is Null & Void and never is a legal law! The problem is that most Americans don’t really care what the Feds do! They go about their lives working, playing and allowing the government to raise their own pay! If you were able to get into any high office in our government you have Won The Lottery! Unfortunately we are now at a point where those who are running the largest Organized Crime Organization in the world, the Fed. Is now ready to do the Great Reset! They are going to take everything they have coveted all their lives, everything that is yours including your children! But there is hope if you are a Christian.

If you are not a Christian, which is true of many who claim to be! You need to fix that without delay! There are no alternatives to being a Christian despite the lies you have believed. A good original King James Bible will give you all the truth but you won’t benefit from it unless you believe it!