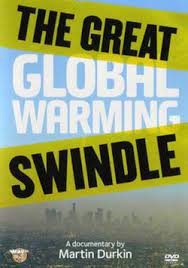 Yes The Climate is changing and more rapidly every day but it has nothing to do with everything from Cows farting to people driving a vehicle fueled by oil. To believe any different you must be either stupid or criminally insane! There is absolutely no evidence that it is caused by man.

Americans and possibly the world is allowing governments to use these issues to steal not only your freedom but everything that is yours. Including your children, personal property, money and more. The governments of the world have gone to war against there own people so they can rape, rob and murder them! They couldn’t do it without our cooperation and for to long we have been allowing it. At least in America, these criminals in spite the graves of your fathers, mother, sons and daughters who have died for 200 years to keep the freedoms the founders of our country bleed and died for. We have allowed the government to send our loved ones to war and then steal the freedoms that they bought with their blood! 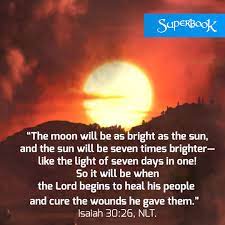 But lets look at the climate change issue that they’ve been using to keep you distracted while they steal all you have.

As alarmists clamor to impose draconian government restrictions on entire populations in order to combat “climate change, The real truth is that the changes of the climate are coming directly as a result of changes in the sun. If you will take the time to do your own research you will see that as the sun burns the fuel within its self it will eventually reach a point where it collapses totally and ceases to be. If you can’t accept that you are not capable of understanding the simplest facts in nature. Have you never had a bond fire and watched as it comes to a point that you either add more fuel or it will end up as a small pile of ashes. If you will read and believe the Bible you will see that God plans to create a new heaven and a new earth. Just like a top it eventually runs down and everything stops! Government has been lying to us for years to get us to believe their intentions were good while the truth is extremely different. Here are some facts of truth.
• CO2 has not caused temperatures or sea levels to rise beyond historical rates.
• Severe storms have not increased in frequency or intensity since 1970—neither have heat waves nor droughts.
• Global change is not harming coral reefs.
• Any increases in CO2 concentrations across huge time spans (there have been a few) haven’t preceded rising global temperatures; they’ve followed them by about six to eight hundred years—just the opposite of alarmist claims.
• Alarmist climate scientists have hidden their raw temperature data and deleted emails—then undermined the peer-review system to squelch debate.
In sum, despite all the hot talk—and outright duplicity—there is no “climate crisis” resulting from human activities and no such threat on the horizon. It is the anger of the Lord and we are only just seeing the beginning of it all!

Climate Change!!!
Isaiah 30: 26 thru 31
(26) Moreover the light of the moon shall be as the light of the sun, and the light of the sun shall be sevenfold, as the light of seven days, in the day that the LORD bindeth up the breach of his people, and healeth the stroke of their wound.
(27) Behold, the name of the LORD cometh from far, burning with his anger, and the burden thereof is heavy: his lips are full of indignation, and his tongue as a devouring fire:
(28) And his breath, as an overflowing stream, shall reach to the midst of the neck, to sift the nations with the sieve of vanity: and there shall be a bridle in the jaws of the people, causing them to err.
(29) Ye shall have a song, as in the night when a holy solemnity is kept; and gladness of heart, as when one goeth with a pipe to come into the mountain of the LORD, to the mighty One of Israel.
(30) And the LORD shall cause his glorious voice to be heard, and shall shew the lighting down of his arm, with the indignation of his anger, and with the flame of a devouring fire, with scattering, and tempest, and hailstones.
(31) For through the voice of the LORD shall the Assyrian be beaten down, which smote with a rod.
Climate change has nothing to do with fossil fuel but everything too do with the sin of man! When Americas allowed their government to order God out of America, He became angry!
Climate Change is very real and it is being done by the sun just as predicted by Isaiah just as God told Him thousands of years ago. Since man has insisted God can’t keep us from filling His creation with sin and killing all of the people who believe in Him He has caused the sun to give us a message we can’t ignore! What we see right no is only the beginning of what’s to come! 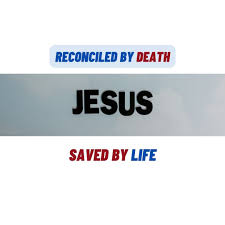 Read the book of Revelation and you will see that God is going to show you what He does to people who tell Him to get out of His own creation. His word says He will not be mocked and if any nation deserves to be punished by God it is America. Look at the people who want to kill the only judges in the supreme court who will give them the truth about abortion. The is no provision in the Constitution that provides you with the right to murder anyone! It is not a fetus it is a baby and abortion is murder especially in the eyes of God and He has the only opinion that matters! You can twist into any contortion that you like but Jesus will come soon to take those that have accepted Him as their savor out of here. Shortly thereafter the great tribulation will begin. The great reset will last seven years and then Jesus will come and end the rule of evil men for ever. He will sit on the throne of David which will be in Israel and we will never experience the evil rule of people with a greedy intent again!
But for those who accept His pardon for your sin debt which all have. God has plans for a life of splendor that will never end. Accept Him today what have you too lose?