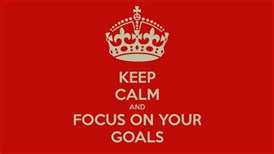 If you are not a Christian you need to fix that now! Belief in God will guarantee a bright future and the lack of doing that will be disaster for you! Even if you have a hard time accepting the fact you did not evolve from an ape. Let me explain how you might want to put it on your priority list. If you go to hell it is likely that your friends and your children are likely to be their too! Then answer this question to complete the picture. Bible prophecy is absolutely true and will be totally filled within the next ten to fifteen years. Do you really want to put off saying yes to God and accepting His free pardon for your sin? Especially in view of the fact that Jesus will be coming for the saved sometime between right now and three to five years. When the great tribulation starts the Book of Revelation describes in detail what is about to transpire shortly. It is nothing short of hell here on earth and you can miss it all if you take care of it now! 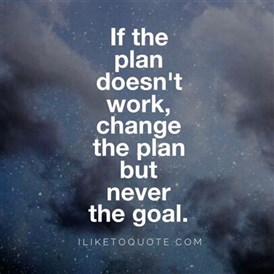 I know it may be hard to believe but it is a fact that we are about to join the group of nations that want One World Government. Christians will have nothing to say about the matter because we will not be here and the majority of humans will be dead! You and I have already been put on a list to be eliminated by our respective governments. The vaccine is an unapproved shot in the arm because FDA would never approve it. It is poison to your system and most who have had it worldwide will eventually be dead or disabled by it. The people doing it have no fear of going to prison because they will be part of the One World Government or dead themselves!

You will be somewhere after all of this comes together and you will decide where that is by your decision today. Life on this planet has a short future but life somewhere will never end. We can be living in the House of The Lord or dealing with the vengeance of God for disobedience! God loves everyone but the governments of me not so much. The Antichrist is alive and well and if you are a student of the Bible you know he will be in love with himself and he will have no mercy on anyone who is in his control. 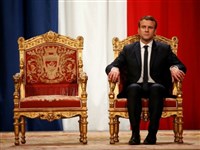 Take a look at the world and you should be able to see that the Antichrist is in power somewhere right now. Is there any ruler you would want to put you trust and faith in? Is there a ruler that you believe would be willing to die for you as Jesus has already done? If so, you are deceived already and probably will not make the right decision now. There is one ruler who has already said he will rule like a god.

Quote: French president Emmanuel Macron has declared he will govern France like Jupiter, the Roman king of the gods, shortly after officials told the media his thought process was “too complex” for journalists to understand.

Does that sound like someone you would love to be you ruler? Whatever your choice is I see it as highly unlikely that any ruler on earth now would willingly give his life for you or me! But I would like you to trust Jesus as your Lord and I have no ax to grind I have already made that choice and would love too meet you in Heaven someday!