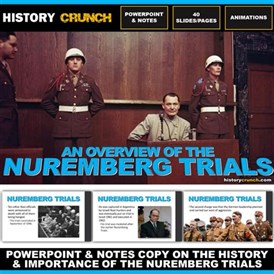 The United States conducted war crimes trials in Europe under three jurisdictions: the International Military Tribunal (IMT) at Nuernberg (RG 238), U.S. military tribunals at Nuernberg (RG 238) and U.S. Army courts (RG 153 & RG 549). The Nuernberg trial records include transcripts of proceedings, prosecution and defense exhibits, interrogation records, document books and court papers, including official court files, minute books, order and judgment books and clemency petitions. In addition, the Nuernberg trial records include the prosecution document series, from which most of the prosecution exhibits and some defense exhibits were drawn. Descriptive pamphlets (DP) and Special Lists (SL) are noted for many of the listed microfilm publications.

Make no mistake about it, we are at a time that we should see war criminal trials being formulated now. What’s happening now is a war against “we the people of the United States of America”! We have had a coup and there may not be anyone with the balls to setup a tribunal here and now to prosecute the guilty. But there will be a judgment before the God and creator of the world. He will pass judgment on the guilty and they will not escape unpunished for their crimes against Him, yes He owns it all! 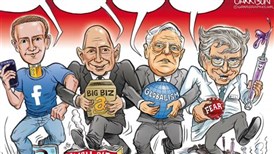 Make no mistake about it Globalists Worldwide have earned the wrath of God and will not be disappointed! Oh it is going to be the biggest fireworks display like no other before it! Mystery Babylon is America and it was planned that way from the get go. Barack Obama was correct that America was not founded as a Christian nation. America was seen by the majority of our founders as “the new Atlantis”! The all along plan was exactly what you see coming together right now. But it is not going to turn out as they have been working towards for two hundred and fifty years! God saw and has woven the Roman thread throughout our history. He has never lost sight of the evil schemers at any point in time! 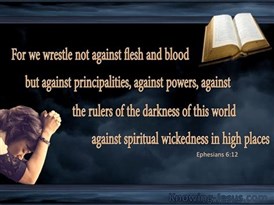 Those people who are weaving together the fabric of the World Marxist dream that they have been planning for many years. There is no way they can stop the runaway freight train they are on. They are totally obsessed with it all and the genocide laced plan they are working out at this minute will turn out to be their undoing. They can smell the goal line and would rather die themselves than to step back and re-access the giant price they will pay for defying the God and creator of all things. It is really not possible for a rational person to understand how they as educated people could have concocted the plan they have dedicated their lives to. Too be willing to murder millions of their fellow humans to accomplish what they are about to do can only be explained in one way! Ephesians 6: 12 For we wrestle not against flesh and blood, but against principalities, against powers, against the rulers of the darkness of this world, against spiritual wickedness in high places. 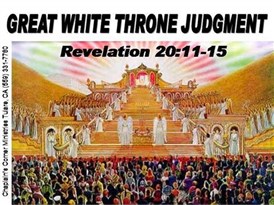 There is no other explanation for this other than demon possession! But God told us in His word that all these things would come to pass. The book of Revelation lays it all out with supporting scripture throughout the rest of the Bible that when put together. Gives us the complete picture of what would happen in the last days. We can no longer put off taking seriously the inevitable end time events that are unfolding as you read these words I have written. Soon Jesus will rapture His church and the Great Tribulation will fill the earth with the judgment of God! But that will not be the end of pain.

There will come a one thousand year reign of Jesus on the earth as King. Then there will be a resurrection of the unsaved and the Great White Throne judgment and you don’t want to be there! The time to meet Jesus must be prepared for right now or you will be there!