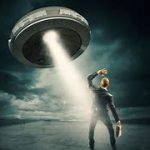 Soon the government will let you know who really established life on planet earth! We will be told that the Christians have had it all wrong. The earth was seeded by a superior race from another planet. We are in contact with them and they will teach us everything we need to know. The UFO’s we have seen was just to see how their experiment on earth was going.

Christians have it all wrong about some God creating earth and the people on it. They will explain what really happened & how we need to move forward in the spirit of enlightenment! Christians will try to further trick you but don’t worry about it. We will arm you with everything you need to overcome this deception.

But if you are a student of the Bible you know all of these things are prophesied in the Holy Bible. Jesus spoke of them and His words were recorded in the book of Matthew. John recorded what Jesus revealed to him in the book of Revelation, so don’t allow yourself to be deceived by these lies!

(1) And the fifth angel sounded, and I saw a star fall from heaven unto the earth: and to him was given the key of the bottomless pit.

(2) And he opened the bottomless pit; and there arose a smoke out of the pit, as the smoke of a great furnace; and the sun and the air were darkened by reason of the smoke of the pit.

(3) And there came out of the smoke locusts upon the earth: and unto them was given power, as the scorpions of the earth have power.

All of what we see now with climate change was predicted in the Bible several thousand years ago. All scientists are doing now is verifying the Bible truth. However twisting it to make us believe a lie that will give government further power over the people.

(25) And there shall be signs in the sun, and in the moon, and in the stars; and upon the earth distress of nations, with perplexity; the sea and the waves roaring;

(26) Men’s hearts failing them for fear, and for looking after those things which are coming on the earth: for the powers of heaven shall be shaken.

All the signs that we are in the end of days for the Church Age is all around us! If you can’t see it you are asleep or blind. The enemy is working very hard to take your 1st amendment rights to free speech. God has been telling mankind for thousands of years that this would happen. Today it is happening on main street USA. If it isn’t time to warn the unbeliever what would you suggest? There are many scriptures that warn us of these days. The answer of the unbeliever is always to say they have been hearing that for years. But God warns us and even gives us signs to watch for. 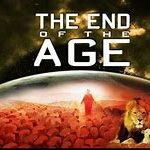 The signs are everywhere and most churches aren’t preaching about prophecy. Those pastors who choose not to preach it will be held accountable by God. Here is a couple of scriptures you might want to be aware of.

(1) Again the word of the LORD came unto me, saying,

(2) Son of man, speak to the children of thy people, and say unto them, When I bring the sword upon a land, if the people of the land take a man of their coasts, and set him for their watchman:

(3) If when he seeth the sword come upon the land, he blow the trumpet, and warn the people;

(4) Then whosoever heareth the sound of the trumpet, and taketh not warning; if the sword come, and take him away, his blood shall be upon his own head.

(5) He heard the sound of the trumpet, and took not warning; his blood shall be upon him. But he that taketh warning shall deliver his soul.

(4) I must work the works of him that sent me, while it is day: the night cometh, when no man can work.

The enemy knows the time is short and counts on the person claiming to be a Christian. They know the slothful will not be faithful and do as the Lord has commanded. They will fail as a watchman and millions will be lost!