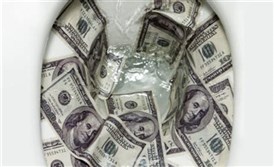 Have you ever heard the stories about the S10,000 toilet seats etc that our federal government has purchased? What was your thinking and comments about anyone that would make a purchase like this? You, no doubt believed that anyone who would do something like this was really incompetent. You fumed about it but never did anything about it. Certainly never thinking that there was more to this story than you were being told. You just wrote it off as a stupid government employee doing a stupid thing. If you looked into it at all you found other purchases that were equally as ridiculous. So you fumed a little more but did nothing and thousands of other Americans responded just like you did! But who do you believe was really being stupid?

Your elected Federal Employees are always doing things that you don’t approve of and it makes you furious but after you express too yourself and your spouse what you think, you forget it. Yes it happens all the time and that is exactly how we got into the mess we have in Washington DC right now! You see this is the process the government follows everyday. If they really want a program and can’t get authorization to do it they just do it anyway! Yes you guessed correctly this time, it’s time to buy 100,000 of those $10000.00 toilet seats at $5.00 each. Now you see they have just funded the program that no one knows is in existence. The same thing is being done with Joe Biden. He is not a criminal because he doesn’t know what he is doing. Strangely he is doing what he has always tried to do for forty years. He is still the career criminal he has always been and destroying the government as he has always wanted to do! 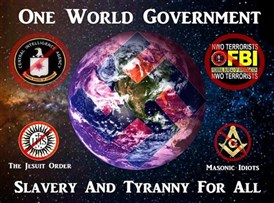 Your government has been stolen from you and your children because you didn’t want to know! You are lazy to the point that you just allow those you vote for to decide the future for yourself and those who depend on you to protect them. You enjoy the fruits of those who gave all they had to secure freedom for you! Meanwhile the evil elites are busy killing the tree that produces the fruit you enjoy. Not caring that your children and grandchildren will now inherit the evil that you were protected from. Even though the Bible points out why things are not going as God would have it. Many of us don’t heed the warnings given by God. We do what makes us happy and never giving any weight to what God has told us being selfish we give excuses for why we will allow the evil to prevail. But thanks too God we will be rescued soon by Jesus: See Hosea Chapter Four, actually read it all!

If you are a Bible student you need to understand that what God tells Israel should be a lesson to us. There are places in His word where He lets us see that He never changes! Let that sink in and we should see that God lives by every word He says and we walk many times on the edge of disaster. We live now in the age of grace. But remember what Paul said in:1st Corinthians 6: 12

God set the Jew aside to work with the Gentiles when they rejected Him as their King. He will turn back to them after the Church Age ends but He is still the same God and still believes exactly what He did with the Jew! Yes Jesus is a Jew and they are His people. But lets get back to what our government is doing to us. Realizing that legally they don’t have the authority to do any of these things but they have assumed authority they didn’t have and we didn’t stop them. That is exactly how tyrants get their power. They just reach out and if no one slaps their hands they take what they want! The tyrants have been killing us for years and most of us, still today, have no idea how bad it really is! 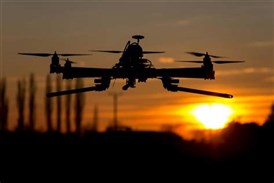 Let me give you a little peak at what has been going on for a long time. Think about the drone program that is alive and well in most of the developed world governments. Do you believe that anything done by a drone has not already been introduced to the military? Do you believe that anything that is used in a self driving car hasn’t been tested on passenger and military planes? Are you beginning too see a picture here?

Our government is at war with the people who pay their salary and they celebrate our stupidity everyday!

Our government is the most corrupt organization in the entire world. It is the people we Americans have elected and reelected even though they had proved to be unreliable and not worthy of our trust. We have refused to maintain a good moral standard because of money and power!

Bill Lear developed his F-5 automatic pilot and automatic approach control system, and was awarded the Collier Trophy in 1949. I can’t tell you that the 911 escapade was done in this manner but I can’t tell you it wasn’t either! I am aware of the fact that military planes and some passenger planes can be taken over and landed by computer! I am certain that the public has never heard the absolute truth about 911! The people who have control of the government in America have proven that to me. They will see nothing that is out of bounds if they can visualize themselves as being able to honer their father Lucifer. Any plan to kill Americans will take priority of a plan to benefit the people! Flying a plane loaded with people into a building or mountain would be seen as a winner by these people. Blood sacrifice is a preferred way to honor Satan and you can expect to see it get worse!

Yes devil worship is part of every plan they make. Paul put it well when he said in: Ephesians 6: 12

(12) For we wrestle not against flesh and blood, but against principalities, against powers, against the rulers of the darkness of this world, against spiritual wickedness in high places.

Devil worship has been part of politics in America for many years. It would be hard to say what area of America is the home of that movement but California has to be a big contender! 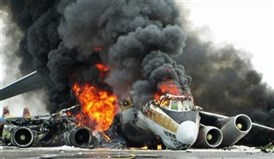 Everything that the governments of the world have as a goal points directly towards enslaving you and murdering you. If you don’t submit to their every demand. It has been the goal of all politicians in America for many years. You can’t work in government in America for many days without knowing who is an honest American and who is a traitor! If they are silent about what they know and just let the fraud continue they are part of the problem! I don’t know how you see things. But my opinion of what I see going on in every country that is pushing for a One World Government is War Crimes. Though it looks as if the criminals will get off free without paying for their crimes. Not so, they will see the justice of Almighty God and they will pay forever and ever, Amen!

Life is not valued at all by those who plan to take over and run a One World Order and God knows exactly who will do it and when! It is a clear sign of their unreliability when they do something and then set out to hide from us the facts. If they really believed in what they do they would and could be proud of it! But if it doesn’t agree with what the government is saying then it has to be a lie! God predicted, thousands of years ago what would be happening in the world today. He got it correct in every way and yet millions of people don’t choose to accept what God had to say!

America is about to see the wrath God has been storing up for her for some time. It is not wise to kill millions of babies and then begin killing any age worldwide. Bragging about it because they believe that they own all the entities who can prosecute them. Americans have allowed the evil elites to put the entire nation in jeopardy and the end times clock is ticking! Anyone who has even an ounce of brains has now changed course! If you have not accepted Jesus as your Lord and Savior today that should be your most pressing priority.