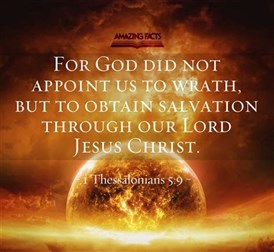 The America that is trying to compel not only it’s own people to accept conduct that is repugnant to all but the imbeciles among us! But want to promote it to the entire planet. Yes they want a One World Order that is ruled to favor those who possess an evil mind with no boundaries! Where debauchery is the order of the day and all that disagree will be eliminated or enslaved.

But it comes as no surprise to God who in fact tells us in the pages of His word that our world would reach that point. Anyone who finds that surprising needs to make a course correction in their lives rather quickly! In fact it may already be too late to get it done before being thrust into the Great Tribulation Period. But we are not without warning that we live in the a world created by God and He will have the final say about how much evil He will allow the bad to perpetrate on the good! 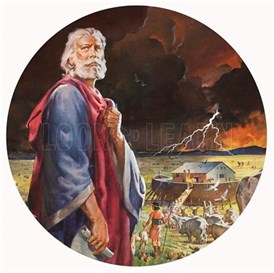 The first time man brought God to the end of His patience was in the days of Noah! And He has promised such a time as that will come again.

(7) And the LORD said, I will destroy man whom I have created from the face of the earth; both man, and beast, and the creeping thing, and the fowls of the air; for it repenteth me that I have made them.

At that time God only found eight people who were meeting Gods expectations. He destroyed the men that were not willing to live within His laws but did not make an end to it all. But we are now in a time that man believes he will destroy God and all those who are following Gods direction. God will have to now clean the earth one last time. This time He will end the era where man does as he wishes. Now God Himself will head the government, forever!

Since creation God has dealt with each attempt of man to take total control of all the other men on planet earth and allowed things to continue. We always have those that believe they are the ones who should have more than their share of whatever it is in question. Actually right now we have the situation that God tells us in the Bible would come in the end times! All of the Covid 19 problems was a manufactured crisis to move us into a One World Government. Since God told us hundreds of years ago that it would happen. It is clear that none of this comes as a surprise to God. But most of mankind went into panic and allowed themselves to be forced into all kinds of restrictions of their freedom! Adding new rules and regulations on every thing they do. Very few people understand that we are watching the signs of the soon return of Jesus to take over control of the system He alone has created! 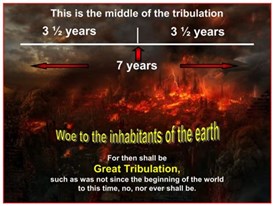 Vivid scripture tells us what we can expect to see occurring shortly. I could be incorrect but I believe the United States will lead the effort to enslave the peoples of the earth into giving their authority to the evil doers to do whatsoever they wish. The evil self appointed elite want to achieve complete domination of every individual on the face of the earth! They will steal everything that you own and expect you to release it without objection. Eventually that will include your life! Your only way out of this is to accept Jesus as your Lord and Savior. He will remove those who choose too follow Him and get them ready to be in the new government He will head! Sadly most will not do so and will enter into the most horrible time ever seen on planet earth. After about seven years of this Jesus will return and destroy all those who have sought too hijack His creation. Then He and His followers will rule and reign on the earth for one thousand years! At which time He will create a new heaven and a new earth.

God is not amused with the things that are going on in His creation. He never wanted anyone to be lost and made it easy for man to be forgiven of their sins against Him. But just as he predicted man has reached the point where those who will never know a point where they love God and their fellow man. They now insist that they and they alone have a right to everything and their greed will drive them to commit genocide and brag about it!