Who Replaces The Divine Council! 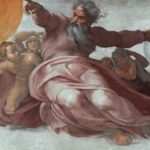 I started this series of articles a few days ago. I don’t really know when I will finish. It is all about the completion or fulfilling of the Church Age Prophecies. As Christians we will see things we never expected to see. We didn’t expect to see many of these things because many of the pastors of our churches didn’t do their homework. Also those that did do their homework didn’t present the messages that Jesus wanted us to get.

Most Christians believe that after salvation we are to just keep reading our Bible, pay our ties and let the pastor work on presenting Gods message to the lost. But that is not what God expects at all. God has always had a plan for every person born on planet earth. Unless we understand Gods plan for the church we will not be ready to step into those shoes!

(1) A Psalm of Asaph. God standeth in the congregation of the mighty; he judgeth among the gods.

(2) How long will ye judge unjustly, and accept the persons of the wicked? Selah.

(3) Defend the poor and fatherless: do justice to the afflicted and needy.

(4) Deliver the poor and needy: rid them out of the hand of the wicked.

(5) They know not, neither will they understand; they walk on in darkness: all the foundations of the earth are out of course.

(6) I have said, Ye are gods; and all of you are children of the most High.

(8) Arise, O God, judge the earth: for thou shalt inherit all nations.

In Psalms 82 God addresses His Divine Council to let them know that they had failed to do the work He had placed before them. They were to be guiding the families of the earth. They were the government of God. Presiding over the affairs of men as His representative among the masses.

God makes it clear that He is not happy with their performance and that they were going to have a change in their eternal status! God tells us in His word the He Knew the ending of all things from the very beginning. If you have studied the word of God, you know that He has always given a chance to get it right. He knew from the start if it would be done His way or if we would fail, but He wanted us to have a chance to prove to ourselves if we would fail or succeed.

If we look very carefully at the word of God, we discover who will take the place of the angels who God has removed from the Divine Council. You will see that God Himself would solve the leadership problem on the earth. Man could not govern his own affairs, the evil always took control. But He knew the answer would always be for Him to be the King that guided the affairs of man.

So the Bible tells us that God became flesh and dwelt among men. If we study the Bible we know that God wanted to be the King of Israel, but they wouldn’t have any part of it. They chose to be like other nations. But God had other plans and as He tells us in His word, He never changes. He allowed Israel to do it their way until they had convinced themselves that their way wouldn’t work.

The answer is Jesus Christ is now the King of Israel! Jesus Christ is born and they again rejected Him. When the killed Him He gave them a message that they don’t the word yet understand. As we are told in the word, here a little there a little, we must put the pieces together to see the whole picture.

(42) Saying, If thou hadst known, even thou, at least in this thy day, the things which belong unto thy peace! but now they are hid from thine eyes.

(43) For the days shall come upon thee, that thine enemies shall cast a trench about thee, and compass thee round, and keep thee in on every side,

(44) And shall lay thee even with the ground, and thy children within thee; and they shall not leave in thee one stone upon another; because thou knewest not the time of thy visitation.

(38) Behold, your house is left unto you desolate.

(39) For I say unto you, Ye shall not see me henceforth, till ye shall say, Blessed is he that cometh in the name of the Lord.

This is all prophecy that will be fulfilled after the Church has been caught up (raptured). We will see some of the prophecies in the book of Revelation while in this body. But I believe these will be fulfilled as we return with Jesus at His second coming.

I believe Donald J Trump was chosen by God to give this nation one last chance to change course. Frankly I don’t believe Americans will pay any attention to any of it. Most Americans believe that everything will stay the same and go on forever, it will not! The age of the church is about to close. if we look at history we see that God has made course correction several times in the past. But the New World Order leaders have always refused to change direction. Returning to their original goal they teach the people that their is no God. So at a point in time God will end the insanity and send His son to govern man, because man has proved they can’t govern themselves!