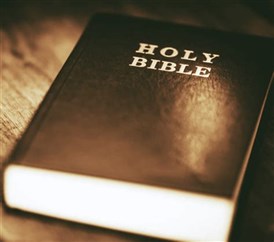 I should be writing a book but no there is not enough time for that! When you read the Holy Bible and not all versions are truly la-get! The only version I trust is the original King James Version. You can’t read it for the purpose of really knowing God and not see that He knew from the very beginning that man could not govern himself. He allowed man to prove that the evil self-appointed always grasp control and take what is not theirs just as they are doing today! They are willing to murder all who disagree with them. In this section I will deal with the federal government and its counterparts. Unfortunately most people don’t read or even own a Bible and have no idea who God really is. Even worse most who stand in the pulpits of America don’t read the Bible with the goal of knowing God and do it as a job. 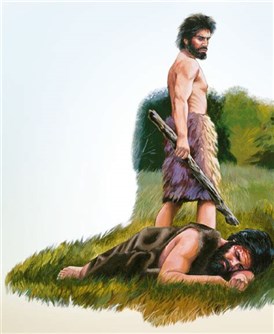 The Bible demonstrates that God knew from the very beginning that man couldn’t govern himself. Take for example the account of Cain and Able:

Cain could not accept that his brother was doing as God asked and pleased God more than he did. Just as what we are witnessing now Cain rose up and murdered his brother. Greed and jealously caused Cain to remove his brother rather than to congratulate his brother and try to emulate what his brother was doing. In the book of Revelation we see the results of the greed in our world and the extremes to which the evil elites will go to get what they covet. If you own it they want it and are murdering to accomplish their goals their way!

Then we look at the response God got from the Hebrews when He wanted to be their King.
1st Samuel 8: 5 thru 7
(5) And said unto him, Behold, thou art old, and thy sons walk not in thy ways: now make us a king to judge us like all the nations.
(6) But the thing displeased Samuel, when they said, Give us a king to judge us. And Samuel prayed unto the LORD.
(7) And the LORD said unto Samuel, Hearken unto the voice of the people in all that they say unto thee: for they have not rejected thee, but they have rejected me, that I should not reign over them.
The Hebrews wanted to do it their way they rejected having God guide their nation and look now the situation they find themselves in! God knew what would happen and He has allowed man to demonstrate that he is not capable to govern himself. That is why He became flesh and Jesus was born so He as a man will now come in our day and rule not only Israel but all nations for ever! 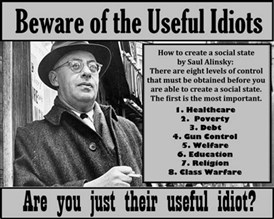 Did you know that the Globalists and the Democrat Party in particular is looking to attract more useful idiots? Yes if you can be convinced to buy into the idea that Socialism is a great idea. You are their kind of member and they want to embrace you. Actually they are going to successfully pull off this coup in the USA! I shall tell you in a minute how I know that there are more useful idiots being produced right here in our public school system every day. All they have to do is to convince you that joining with them in pursuit of constructing the largest organized crime mob in the history of the world. Now it may come as a surprise to you but they have working diligently to put this together for hundreds of years. You might even be surprised to know that it is even possible to be promoted to a higher position if you really through yourself into the flow by embracing all that they have to offer you! 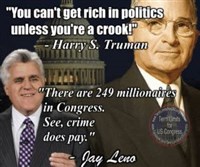 You must learn to never question the wisdom of the Obama, Biden, Pelosi and Schumer doctrine. Then they will promote you to the Moron level! Have you ever noticed that when you reach that level you can easily forget that you were sent to Congress to do the work of the people. You then can justify the idea of enslaving the people you work for and then you are on the road to enriching yourself beyond anything you would have imagined! Everything you see these people do is unconstitutional! They have never been loyal American Patriots and their every action shows only disdain for the people they have taken an oath to serve. Greed is their only motive for going into politics where they believe they have a license to steal. There was a time that this type of person tried to be more careful about covering their tracks. Now they are so sure no one is going stop them that they just seem to dare anyone to try to stop them!

Now least you believe that only the Democrats are guilty of these evil acts. Lets look at the Republicans and see how we are being played by both parties. The Federalists collapsed after 1815, beginning a period known as the Era of Good Feelings. Lacking an effective opposition, the Democratic-Republicans split into groups after the 1824 presidential election; one faction supported President John Quincy Adams, while the other faction backed General Andrew Jackson.
I believe this split was a planned split that would get the other parties out and let the Democrats and Republicans in total control! From the very beginning it was the plan to come to one world government. Now look at some of the globalists in the Republican party. Sen Romney, George Conway, and the husband of President Trump’s adviser, Kelly Anne Conway, Sen. Susan Collins of Maine, Sen Mitch McConnell The entire Bush family just to name a few who are not on board with the American people. From the very beginning we have been setup. It is my firm belief that the people who were out voted on the panel who signed the Constitution we have had people with the goal to turn the ship of state. It has taken almost two hundred and fifty years but now the children of the globalists have reached a point where they are taking over by any means they see fit! JFK and his brother Bobby is an example of some who were about to reveal the secrets and was removed by Americas domestic enemies! 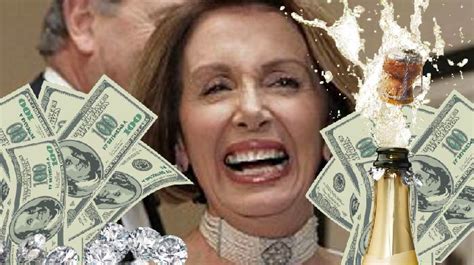 The Bible predicted where the world governments would go several thousand years ago. When I was a young person I only believed them true because they were in the Bible. I never believed I would live to see those events in my lifetime. Now I have trouble understanding how anyone can be so stupid as to believe anyone would believe there is a God. Still believing they could outsmart Him and somehow avoid judgment. Arrogant and defiant they now move forward with plans to confront God and somehow win a war against Him! Doing all this while in many cases claiming they are a Christian! 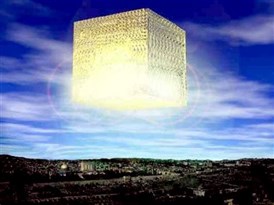 Very soon Jesus will come to get His Bride and take the Bride to the place He has prepared. Just as He promised too do. Then a time of Great Tribulation, like has never been seen on the earth, will begin and those who have rejected Him will in point of fact get their payday. How they believe they can possibly justify, even in their own mind, what they will pay is not possible for a sane person to comprehend!

Today we see rejection Jesus Christ just as the Bible said we would see. Yet we have millions of people still living as if they have not heard that all of these things would come too pass. Of course the Bible predicted that this would be happening. As in the days of Noah they will be partying and living as if all is well. I even see people talking about things going back to normal. Pledging to fix things so their children and grand children won’t have to do it. All while saying they are Christians further proving that they are Christians only in their mind! When we see end time prophecy being fulfilled everyday. How could you be reading and believing the Bible when it clearly explains that when you see these things happening it’s all about to end!

You can not change prophecy but only watch it be fulfilled. Prophecy is certain to happen at its appointed time!