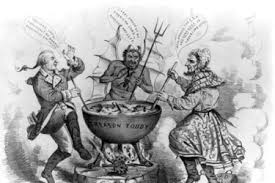 Will the American people have the courage and good judgment to take an honest look at an individual act and if they come to the conclusion that it was treason. Will they stand up and require justice and let the chips fall where they may? In an effort to avoid doing what is required for the act of treason with forethought. Someone with years of experience and the inelegance to understand what they are doing and knowing it is wrong!

What does the Constitution have to say about treason? Actually it is quite clear and it is my opinion that we have seen clear evidence that it was committed recently. 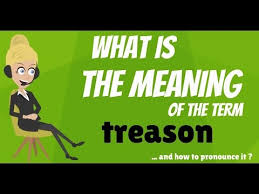 Is it not clear that the great reset fits the definition for treason in Webster’s Dictionary! The leaders of the United States Congress have stated: “You will own nothing and love it”. Isn’t it time to treat these people like they treat us? They are our employees and they treat us as if it is the other way around. If it is not time to fight fire with fire when will it be? Polite is not what I would call what they are doing so why would we not return fire like that we are getting from that side?

Some people would rather go along to get along. If that is the way you think then you were born into the wrong country! We patriots believe that if you are here and don’t like the form of government we have chosen. Then it would seem to me you should look for a country that you like! You have no right to try to change this country into the sewer that you want to live in. Patriots have spilled their blood to create this country and unless you want to spill yours you might want to pursue another coarse of action!

However, being a Christian I know that at some point we will see one world government. The Bible prophecy is clear and from the looks of the landscape it appears we may be seeing it come to fruition now. The schemers might want to consider what the prophecy also tells us that God has declared that as the owner of all creation He will not let their one world government prevail beyond seven years. He declares that He will come down and destroy them and take a seat on the throne of David in Israel and rule Himself! The evil among us don’t actually appear to be too intelligent so I would expect them to ignore God and go on with their plans, I don’t wish them good luck because they don’t deserve it. Greed and hatred drives them and will be their downfall!

If you have more smarts than those folks you will want to accept the pardon Jesus bought for you. Then get to spend the rest of your life in Gods world and your great reset will be forever!