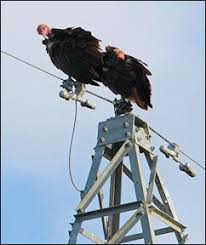 Do you agree with what the self appointed elites are doing throughout the entire world? If you say yes you are giving these people your blessing to do what has never been done anywhere in the world. Either you are okaying something that you don’t understand or you are one of the most terrible people who have ever lived in the history of the planet! 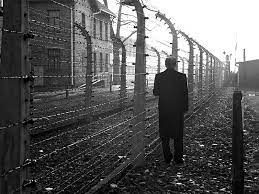 What these people have said many times that they intend to do. The world population right now is huge. Approximately seventy-seven billion seven hundred and fifty three, 7,753,000,000,000 What these people intend to do is murder 77,525,000,000,000 people! 500,000 people is all they want to save do you believe that you will one of the 500,000 who will survive? It’s very likely you are on their proposed kill list! What do you believe these lovely people would say if things were reversed. If we were the ones that wanted to kill them, we come out with a plan to eliminate the 500,000. I believe you would here all 500,000 screaming and saying “look at what those lunatic’s on the right are proposing to do”! The vultures are watching you and you can fight or give up the freedoms someone else died to provide for you. Freedom is not free! That’s Nancy and Chuck up there on those wires!!! 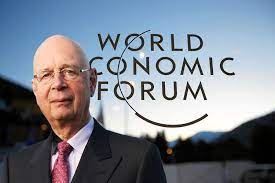 Klaus Martin Schwab is the front person in the world at this point. He has made it crystal clear what their objective is. Those who are following him are the who’s who of the world. One of them is Joe Robinette Biden and he is taking the lead pushing this forward in the USA and he is your president there is no way I would take credit for him in the White House. The group lining up behind Schwab are the most evil people to ever draw a breath in the history of the world! This weasel doesn’t have any authority in the United States of America. The owners of the country need to inform him and then make sure we tell Joe Biden that not only does the weasel have no authority here, But that Joe Biden doesn’t have the authority to give him authority in our name!

These people are dead serious when they say “you will own nothing and love it.” But to make their dream come true you must be as serious as they are. Suppose George Washington had been timid and lacking in courage and was lazy. You would be a slave and own nothing and hate it! When in the hell did God die and put these pirates in charge? They are all breaking their oath several times every day. How can they get away with it actually it’s very easy if they have employers that are lazy! Yes you, we the people, are the employers that they work for. If the boss never read the Constitution and doesn’t have any idea what the rules of the game are, it’s very easy! The Constitution actually puts we the people in charge but we the people must make the pirates follow the law for it to work! Don’t let them tell you what the law is, read the law, it’s the Constitution.

No one in the congress should not know what the Constitution says. But in case someone does not ever time they breach it they need to be called out for it. Not one in the government should get the idea that they can take the place of King George who we fired! 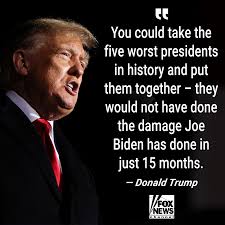 Lets talk about executive orders by the president any orders that the president issues that will change the law is illegal. Why, the Constitution says that only the Congress can create law, Second the Constitution says that no one has the authority to create a law that changes what the Constitution says is law. It says if it is passed into law it will remain “null and void never becoming a legal law”! Joe Biden has signed such an order, number 14067 would do away with the dollar and allow the government to create a digital currency. That currency would come with total control of what, where, when and if you can buy what you want. Plus if you say no jab they can shut off access to your money until you comply! Being able to control you this means you have zero privacy and they can track you for the rest of your life! If you take a look at the political record of Joe Biden you will see that he is doing now is for the most part what he has done all of his political life. My opinion is that being the case if he is now old and senile then he has always been senile! I will buy buy him being a criminal who is evil and wicked throughout his entire body but senile, never.

There is only one way out of this mess. Become a christian today, don’t ever accept the mark of the beast under any circumstances and keep praying for the soon return of Jesus. It is the last days whether you think so or not!