Does the President or the government have the right to take your guns? Hell no, presidents since 1800 have been able to get away with ignoring their oath. That is because that the Congress, President and the Supreme Court has not been obeying the Constitution since 1796! The people that didn’t get the Democracy they had wanted have been ignoring the fact that we have a Republic since 1800! 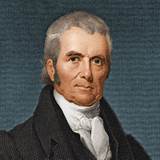 The people of America have allowed the self-appointed elites to take an oath that they intended to ignore. We the people told them what we wanted and kept re-electing them even in the midst of treason! A coup has been going full steam since Chief Justice John Marshall! To quote him: A legislative act contrary to the Constitution is not law. Then after making that fact very clear, he proceeded to lead a Supreme Court that did precisely that! After stating no legislation contrary to the Constitution will in fact be law. He proceeds to ignore that the court has no authority to make law. Both the court and the President begin making law and we the people have accepted it. 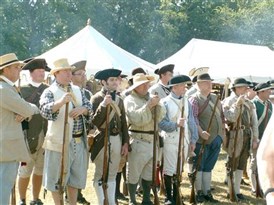 The second amendment is clearly being violated by both the states and the federal government. The right to “keep and bare arms” is one of the inalienable rights that the Constitution says “shall not be infringed”! The State nor the Federal government can not legally pass any law that will affect the inalienable rights. Can’t require a permit or attempt to tax it out of existence, period! In fact under the Constitution every State is to have a militia and the government is to provide up to date weapons and ammunition for the members. No the national Guard does not qualify to fill the definition of a militia!

Define militia. militia synonyms, militia pronunciation, militia translation, English dictionary definition of militia. n. 1. An army composed of ordinary citizens rather than professional soldiers. 2. A military force that is not part of a regular army and is subject to call…

Marbury v. Madison (1803) was the first case in which the Supreme Court of the United States invalidated a law passed by Congress. Chief Justice John Marshall’s opinion for the Court articulated and defended the theory of judicial review, which holds that courts have the power to strike down legislation that violates the Constitution. But courts have no authority to strike down legislation. They are to issue an opinion and then it is up to congress to do what is necessary to amend the legislation accordingly!

Chief Justice John Marshall was one of the most arrogant people you will ever hear about. He told exactly what the limits of his power was and then deliberately overstepped it repeatedly!

Note: I do not get paid to tell you about Dr Richard Proctor nor would I accept it if it was offered! Dr Proctor has a series of books on the Constitution. If you want to get what I believe is the most important information on earth, except for the Holy Bible! You need to know what the Constitution says! Dr Proctor at: https://provisinstitute.com/ You can get his Liberty Series but at the least you need to own “Saving The Constitution”!

With that behind them the Supreme Court has continued to lead a Republic down into the Democratic sewer we have today!!

The Constitution does not allow a President to make law with an Executive Order but no one stops him so he ignores the Stop sign!

We have fraudulent political parties that try to make it sound like you are not patriotic if you don’t send them money. But have you ever gotten a mailing from one of them with a place to tell them why you have stopped sending money? We know that they have to present time kept telling us what they will do if you vote for them and then do what they want instead. If they send you a mailing for your opinion it only contains what do you think about the issues they want to talk about and send money now! 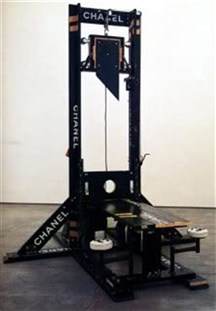 The most important issue we have now is going back to the original Constitution and following it to the letter!!! We have not had a President or Vice President installed as the Constitution requires since 1796! The political parties should go now without delay. We will not have a country much longer because the majority of the American people don’t appreciate freedom and most are thinking about the free stuff. But too stupid to realize how they are being lured to the gas chambers or the guillotines!

There are many more issues but if you haven’t got the picture you had better be a Christian because these are the last days!