This place is only a mystery if you are not a fully awake follower of Jesus! The symbols are everywhere and this is the center of evil in the world. The Pastors of the majority of the Churches will not even live by His laws and defend them as they are being challenged! The things that are happening in the Middle East today. Tells that we who are alive now will see the end of the rule of man is on the horizon! Many who sit in the churches don’t accept the whole word of God. They waste their time as they sit there and claim to be a Christian. When they come before the white throne judgment, as they will. They will hear “Depart from me I never knew you”! God has been patient for thousands of years and man chooses to believe that He doesn’t exist.

Matthew 7: (23) And then will I profess unto them, I never knew you: depart from me, ye that work iniquity.

If you are a Bible student you know that God had a plan to fix what He was not liking. The fix started with the birth of His son Jesus. God is now ready to complete His plan and recreate the paradise He had intended for the earth! 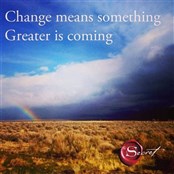 The world is in for a mammoth shock to its system! For years and years the world ignored the fact that the evil side of thinking was taking over our entire world. If you believe that we are not sinking deeper into a moral sewer you are either blind or morally bankrupt! I can remember a time when the world had a chance to right the ship because we had a moral compass that would kick in and save the day. That is no longer a fact of life anywhere on the globe. When common sense has been ordered off the stage it is time for a change. The world will not be happy but it will mean that the unwilling will need to eliminated! Evil grows more rapidly than good so that means a huge change is in store for the world and the time is now!

The covid19 virus very likely had it’s beginning right here in America! There is ample evidence that it came out of the University of North Carolina and went to Canada and then to China! Do your own research with your eyes open and what you find may surprise you! I am aware of a similar intense that happened in 2014 at the CDC in Atlanta and was then sent to Athens, Ga. Where it was then transferred to some unlucky chickens! Our world has become a very dangerous place but the end of it is near. Keep your eyes on the Middle East.

Damascus No Longer A City! 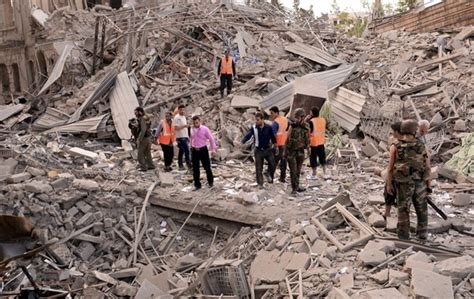 The beginning of the end and the completion of Gods plan for the world! Iran has drones that can fly thousands of miles to look down and take pictures of things on the ground. But so does Israel and Israel is keeping track of everything Iran does. Israel knows that Iran has taken control of much of what happens in Iraq. They know that Russia like America has pulled out of the Middle East. And that Iran then moved right into bases left behind. When they move into Damascus, just 70 miles from Israel, and they will. Israel will fulfill Isaiah 17: 1 thru 3 which will trigger the Gog and Magog war in Ezekiel 38 and 39. This is where God will once again get involved with the defense of Israel!

(1) The burden of Damascus. Behold, Damascus is taken away from being a city, and it shall be a ruinous heap.

(2) The cities of Aroer are forsaken: they shall be for flocks, which shall lie down, and none shall make them afraid.

(3) The fortress also shall cease from Ephraim, and the kingdom from Damascus, and the remnant of Syria: they shall be as the glory of the children of Israel, saith the LORD of hosts.

The evaporation of the city of Damascus will usher in Ezekiel 38 and 39 fulfillment of the war of Gog and Magog! 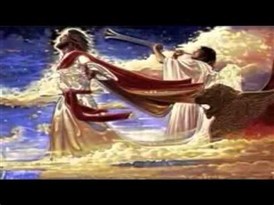 Make no mistake about it. Israel is the people of God just as their land is His land. He will make it very clear to the world that His patience limit has been reached and He is God! Study the Bible and make the necessary changes to your life quickly! The rapture of the church will happen soon and very soon after that will begin the Great Tribulation period!

I don’t like most of what is happening in America or worldwide now. However it didn’t come as a surprise because I am a student of the Bible! For the Bible to be truth all these things must happen and we should expect to see it get go downhill from here. But for this to be true we know that the return of Jesus is also truth! He promises to destroy all of these people and their punishment will never cease. They of course don’t believe they will be punished. They are in for a huge surprise and will find that He who created all things is far greater than His creations!