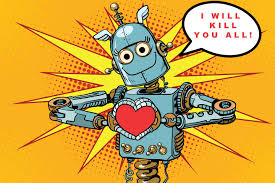 Artificial Intelligence (AI) is the future for the world and therefore for anyone that is in the reach of the wicked! The intent of these people is to replace everything created by God. Make no mistake about it, you are on the endangered list whether you believe it or not. The people who plan the future and control the events that shape our world, don’t have your best interests at heart. Now you can ask them any question that you would like, but you will not get to the bottom of it. As long as they are still in the setup phase they will keep you in the dark. But after they complete their goal to remove you and your ability to vote for someone like Donald J. Trump. Then they will tell you that all you own and that includes your life, is now in their control. You will soon understand the reality that the wicked are truly wicked in the true sense of the word. Their every thought is based on owning everything that exists! That is in point of fact the reason they are the wicked. 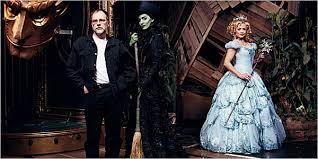 We in America have been truly blessed. But the last two generations have come to believe that all they need is to demand what they want and they are entitled to have it. No work or sweat is needed, just demand it and it belongs to me as a right! They have been indoctrinated in public schools and our colleges to follow the, let the government provide it, road. No responsibilities, you were born and that now gives you the right to have everything you want! Only a fool would believe that there will always be someone willing to provide everything you want. With no need to provide for yourself. Sooner or later the slave masters will decide to eliminate you so they can keep it all. You were just used to help them get into a position to confiscate all wealth. They are now preparing the robots to do the jobs they need filled. You will then be expendable and they will abort you the way they have been murdering babies in America since 1973! The big lie you have bought, is all a big fairy tale.

Go to the internet and learn the truth about where the technology has advanced to. See what the mad men and women in the field of science, like Craig Venter, have accomplished. They have made it possible to do exactly what the Bible predicted thousands of years ago. The stem cell research that we heard so much about, is exactly how much of the information to eliminate humans as we know them, was acquired. They needed to learn how God did things so they could destroy all of what He created. But God also prepared the plan to eliminate all of them and will soon do so! But that won’t help you at all unless you are bright enough to accept the Lord Jesus Christ as your personal savior! The Bible has everything you and I need to know to uncover all of the evil plans of the wicked. But the time is short because the age of grace is soon to come to a close. The right to choose is now, too late may begin tomorrow, your future is in your hands! 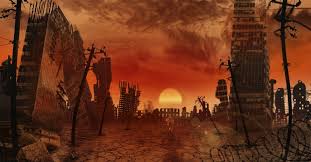 You do not want to be here after God raptures out those who chose to accept the pardon. The pardon Jesus purchased for you, with His own blood will not save you unless you accept it. If you read the details of what is soon to happen on planet earth. If you read it and understand that God has had enough of the arrogance of man. That He will soon seat Jesus Christ on the throne of David, which He will establish in Jerusalem. He will do this right after Jesus returns to end the mess in the land of Israel. You do not want to be here as God pours out His wrath in the battle of Armageddon. The man of sin, called Antichrist, will soon be revealed. When he is the rapture will follow soon thereafter, 2nd Thessalonians 2: 1 thru 3.The word of God is often misquoted, read it for yourself and decided what you will do. The future of yourself and those you love will depend on it.