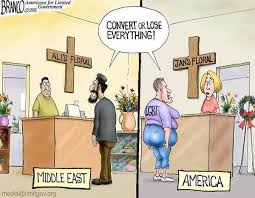 When we look at freedom in America, we should be startled at how it is being stolen by the bigots! If you have lived at least seventy years in America you know that it has changed. There was a time when minding your own business was what was expected of you. In the 21st century that has changed. Now if you mind your own business you will soon get attacked by someone because you haven’t endorsed what they believe in. They say to be silent means you don’t like them and are a bigot or a racist. When in fact what it really means is they are insecure and want you to say you endorse what they have chosen to do! If the framers of the Constitution were still alive they would have gone to Washington, DC with their pitchforks a long time ago! If a law hasn’t been passed that prevents you from doing something, how can you be discriminated against? No free person should ever be told that they must give up their rights so someone else will get what they want from you. The freedom to have does not mean I have to do it for you! 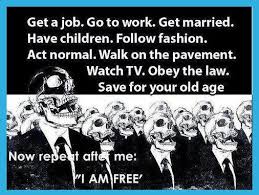 Freedom in America is under attack as never before in history. How long America will be a free nation is not in doubt. Freedom packed and left many years ago and will never return again. Americans have allowed the real racist bigots to mug the nation and steal the freedom millions have paid for with their blood! An insecure person wants you to tell them they are loved what they are doing is the best way to do it. They want the whole nation to be perverted to make them look normal or enlightened. To make it more offensive the Communist courts will fine you and even threaten you with jail time! So fairness packed its bags and left with freedom. A dictatorship begins by removing God given rights from some, at the cost of freedom to another! What we see here is organized crime at its boldest. If you believe this policy is fair, how will you feel when they do it to you? 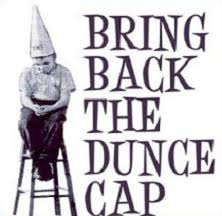 When it gets to spiritual issues it is no different than any other right. I don’t tell you that you must become a Christian or I will kill you. But if I were in some other religions that is what you are told. How would you like it if you were told that to do what you want to do I would cut your head off. I am sure you would not accept that as a fair proposal at all. But if we go far enough down the road America is now on, that is exactly where it will take us! Are you so foolish as to believe it will come to, look at any Communist society ever to exist! Stupidity is something that can only be fixed by the person who own it! Once freedom is gone it will never return, if those who have it won’t pay the price to keep it. Surly they will not be able to find the courage to re-establish it, it is gone forever! Take a good look at the life you have sentenced your children to. Think of the free country you live in and explain why you didn’t believe your own children didn’t deserve to live on a free America!