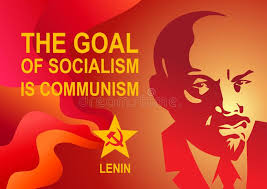 Socialized Government can only be described as making it legal for the government to rob it’s citizens! If a person took money or private property away from a citizen and declared it legal because he/she gave it to a homeless person, that person would go to jail. Further if the homeless person was proven to have known how the private property was acquired, that person would also go to jail. But when America was founded we allowed the people who lost the revolutionary war to stay in the country. Now after some two hundred plus years, we must fight their children or become the type of country our founders fought and died to stop.

Takeovers are always coups because they are always forced, something like changing presidents in America! The voters don’t decide in a non coercive or honest manner. The political parties will do anything legal or illegal to make sure they control who you get to vote for! The two party system is as corrupt as any ponzi scheme you’ve ever heard of. That is exactly why we vote and except for the 2016 election you will get a Democrat-Republican candidate. Yes they were once one party and still are. If you have been paying attention you will notice that neither party responded very well to the voters choosing Donald J. Trump in 2016. Both sides have tried to undo what the voters decided, with their road blocking of everything the President has tried to do.

More and more we see socialism being portrayed as an alternative to capitalism. But if all of the factors that apply to both systems are displayed. Only a person that wants something without earning it or the person that plans to be one who make a great living administering it, will be for it. Certainly those being fleeced will not be excited to promote it. I care not what you call a communist, they are still a communist. They keep changing their name, Communist, Liberal, Progressive etc, knowing that those who want something they didn’t work for. In any language that is theft but if you have the morals of a rat it won’t matter! You can bet that Russia and China are watching closely the events going on in our government. They are ready to move in and take over if we have another civil war.

The New World Order will bring to America a first for the country. It will be hard to find freedom of anything and that has never happened in America. Your every movement will be controlled by the dictator of the world government! The Bible tells us that we can expect a leader of extreme cruelty controlling every facet of our lives, it’s called worldwide slavery. You don’t want to be here and the best defense is to not be here!

Normally we could have counted on God to make sure that the America our founders put in place, would survive. But that will not happen because we allowed God to be kicked out of America by those who hate Him and anyone who loves Him! No longer the country the founders setup, America will be judged by those who are our enemies. That is exactly how God has dealt with nations for thousands of years. Even the chosen people, (the Jews), paid and are still paying the price of disobedience! Read about the position of God in Psalms 87 to get the flavor of His justice.

The Bible makes it clear in the parable of the wheat and the tares. His plan is to harvest those who have chosen to obey Him and then burn the fields. God always keeps His word, He loves it even more than He loves His Name. He sends no one to hell, we make our choices and then face the consequences!