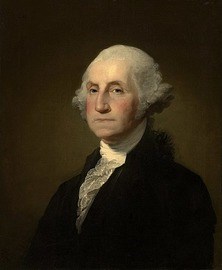 America is bankrupt and it is a planned bankruptcy! This certainly doesn’t come as a surprise to the children of those who planned it. Yes planned it while the Declaration of Independence was being created and before the Constitution was even signed!

Those who had plans for America to be the New Atlantis knew they would not succeed if America was a Republic. So they set out immediately to change it to a Democracy. The last President of The United States who was elected as the Constitution demanded was George Washington. The Constitution required the President and Vice President was to be elected by the Electoral College! From that point on the Constitution has been under assault ever since. 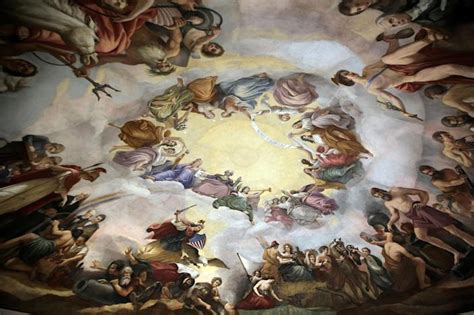 Take a look at the history of the land now named Washington DC. You will find that the area was named Rome, Maryland. As you dig into what happened after it was chosen as the Capitol of the United States. We can see the clear and convincing evidence of the Freemasons everywhere. Then there is very distinct evidence of the occult and the worship of Egyptian gods, Osiris, Isisand Horus. The real smoking gun is of course located in the dome of the capital building.

If we do a study of the founding of America we can’t deny that Washington DC and in large part New York city is based on the satanic past of the history of the world. The book of Revelation declares the destruction of Babylon has happened. The Bible teaches us that there is a Mystery Babylon and if we include in our studies Zechariah chapter 5. I believe we will see the foretelling of the extension of Babylon and the Roman Empire! The Capitol building dome is filled with Satanic Symbols and I expect those who miss the Rapture of the church to see the total destruction of America!

It is my opinion, The Capitol Dome is going to turn out to be, The Temple Of Satan!

Ephesians 6:10 Finally, my brethren, be strong in the Lord, and in the power of his might.

11 Put on the whole armour of God, that ye may be able to stand against the wiles of the devil.

12 For we wrestle not against flesh and blood, but against principalities, against powers, against the rulers of the darkness of this world, against spiritual wickedness in high places.

13 Wherefore take unto you the whole armour of God, that ye may be able to withstand in the evil day, and having done all, to stand.

Daniel interprets King Nebuchadnezzars dream and tells us the key periods and what nations will dominate the world. Then predicts what nation will be revised and produce the Antichrist that will rule the last kingdom before the return of Jesus! The Roman Empire fell in 476 AD the Roman Empire must be reborn in the end times.

Daniel 7: tells us how the end time unfolds and the revised Roman Empire will produce two beasts that will rule the earth until Jesus returns and puts and end to the terror that has been in the earth for thousands of years!

I suspect that America will play a larger role in the Great Tribulation than we might think. Though America is now not the world power it once was. It is taking a huge role in the move to one world government! President Donald J Trump has been pushed aside by the Globalist elements of our government because he wouldn’t be influenced to sell out the people of America. They had to get him out of the way so they could enslave the majority. Murder those who wouldn’t be enslaved and comply with the globalists orders. The prophecies of the Bible are fast being fulfilled and those who have rejected God will now be swept into hell and suffer the fruits of their decision! Though Jesus paid their sin debt they chose to not accept the love of God.

Yes this is the end times and everything those nasty Christians told you was true. You chose to believe the lie that you evolved from a monkey and now you can see that the evil who you believed were the ones who have lied and deceived you! Repent today or in a fast coming day that lays just a short way ahead. All the trouble you didn’t have to go through will be yours!