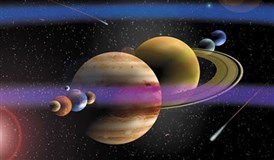 Have you ever been in a church service and heard a pastor make the following statement? “God is outside of time He can see everything from beginning to the end.” Actually that statement is in fact only partly true. God actually started time when He created the solar system. Without the solar system there would be no such thing as time. The basis of all time is a complete rotation of the earth around the sun. God actually knew exactly what He was doing and placed the earth exactly where it is so time would work exactly as it does! Yes God can see everything from beginning to the end, but it is because He planned it that way. He wanted to be able to tell man what was going to happen and when it would happen! 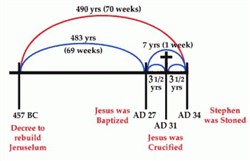 God has laid out the agenda for the end time and place it all throughout the Old and New Testaments. But He pulled all of those things together in the book of Revelation. However few pastors and even fewer lay persons would study the book of Revelation because they couldn’t understand it. As an example if you don’t understand Daniel 9: 24 thru 27 in the Old Testament, you will find it almost impossible to understand anything about the seven year tribulation period in the book of Revelation! God says “seek and you will find”. That means that unless you are serious about your relationship with Him. You will be without a rudder and end up eternally lost! 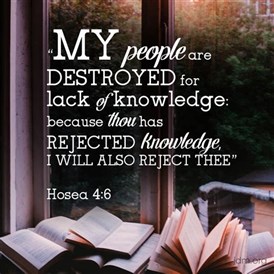 Look at all the people who believe that if they can just get past the mess we are in with Joe Biden we will get our country back on track. They don’t know how to read the signs of the times and can’t see where we are on Gods time clock. They have no idea that we are inside the book of Revelation and just outside of the Great Tribulation Period that Jesus revealed to John the writer of the book! Many of those who do know where we are in the timeline in Revelation are confused about why there is a Great Tribulation and think those who have accepted the pardon. The pardon Jesus purchased for them with His blood, will be here for the Great Tribulation, not so the Bible is very clear about it! But you must want to know the truth or you will end up like the Jews. Stiff necked and reject the blessings God has already given you! These are Gods words not mine.

Hosea 4: 6 will give you the key to why most people don’t know where they are in Gods timeline. They don’t know because of all the things they have prioritized as more important than them and their loved ones staying out of hell! 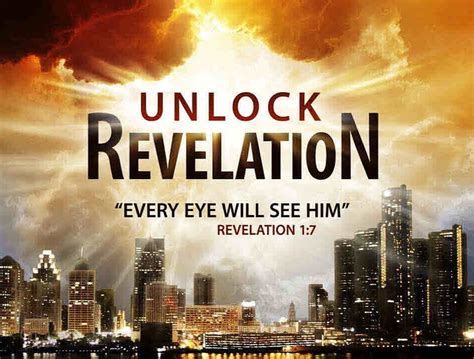 President Donald J Trump was the best President America has had for many years. However he was rejected by the people whose belief system was all out of balance! Now look at the jewels we have all lined up to fulfill the promises of destruction that is foretold in the book of Revelation. The total destruction of the world governments is in the center of the worlds future! It will not be avoided and it will include all nations including America. As a matter of fact America is the very target of God. You don’t kill over sixty million innocent human beings and not get the total attention of the creator of everything. This destruction is very likely to be completed in this decade! Don’t think so, see if you can find any trace of Sodom & Gomorrah.

If you don’t want to gamble with your life and the lives of those you love. Get serious about following Jesus today! If you don’t want to follow the second beast of the book of Revelation. Make sure you do not gravitate to any system that embraces those selling the lies of the world today. Abortion, transgender, and all faiths lead to heaven will all turn out to be a dead end! Admit you have sinned and ask God to forgive you. Church membership is not going to save you only the blood of Jesus can do that and you will find it hard to find your answers in mega churches. However I would direct your attention to start at https://www.fba.org/ and let God lead you from there! God has a new world planned for the near future and you don’t want to miss it. Yes there is life after death and the Satan worshipers will all go to a very warm climate regardless of what they believe! It is time to prepare to get out of here. We will not change prophecy that God has already said will come to pass. We are in the end of times and we got here by following the evil, self appointed elite!