To my knowledge that law has never been changed and was on the internet 06/15/2022! Look at what website I got it from! 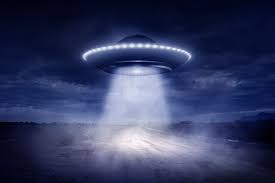 UFO’s Do you believe in them, soon many of you will both see them and be a firm believer that they are real! That everything you see is your way to escape the horrors you see coming onto the world around you. Though all the problems you face daily were created by the evildoers who call themselves “public servants”. This diabolic plan has been in the making for a long time. Carefully designed to deceive the foolish and to lead you just like the pied piper the worker of evil will lead millions into the pits of hell!

America told God to get out of His own creation and He is about to do exactly that! The evil among us are in charge because the moral fabric of our nation has rotted! The parents of years gone by failed to bring up their children in the way they should go as instructed them to do! Murder has always been illegal in America until Roe vs Wade! But God still has the final say at the “white throne judgment”!

Just like in the days of Noah people are doing their own thing and many don’t even believe in God. But God is the only one that is real and He has been trying to get the attention of His creation for thousands of years! Today millions of people are so busy with texting and other things that they can’t live what would be a normal life.

The Bible tells us what will happen and that when it does they would be told a lie that would be accepted as truth.

(10) And with all deceivableness of unrighteousness in them that perish; because they received not the love of the truth, that they might be saved.

(11) And for this cause God shall send them strong delusion, that they should believe a lie:

(12) That they all might be damned who believed not the truth, but had pleasure in unrighteousness. 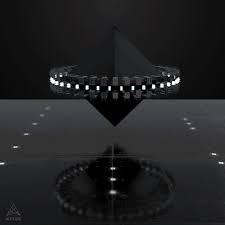 Yes this is coming and soon you will be told that visitors from another planet are here to tell you how you really got here. That the Bible is a lie and that there is no God who created all things including you! Millions will buy it and end up in hell with Lucifer the father of all lies!

They will show you the so called flying saucers and those who came in them and it will all be a lie! Russia and America has had this technology for many and Germany before that. There is ample evidence that our government has worked hand in hand with Russia to develop this technology. Murders were committed to get some of the technology and the same is happening to get One World Government. Only the naive will be deceived and believe me when

I tell you that there are millions who will follow in the footsteps of the wicked! They are committed and will stay that way all the way into the lake of fire prepared for them by God! 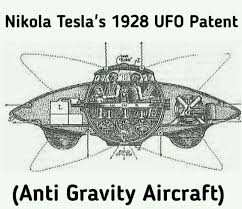 Nikola Tesla patented the first anti gravity technology in 1928 and the list of people who included in and out of government. The CIA, FBI and others swooped in after his death and if you have trouble suspecting who profited by the death of this man. You the American public who pay all the bills got not no benefit from how much this great man knew.

Both Russia and the USA as research and development locations where they have secret projects that you and I pay for but we never are allowed to know what is being done there.

I believe that such a project is underway at the south pole and has been there since the end of World War II. I know that an underground location exists at Pine Gap Australia and am told it has at least nine flours underground. With tunnels that serve as submarine docks, also a sister site in Guam.

Russia and China has projects with the same functions and unless you are awful naive you know we the common people have be paying for evil that is happening all over the world. But God has told us in His word that these things would happen. None of the prophets that wrote these things could have even dreamed of technology like they described thousands of years ago and now exist!

We are now in the end times and the Bible tells us of a time when God will have had enough. He said He will destroy all who do these things and those who support them! If you are not a real Christian you still have time too avoid the wrath of God. But the window is closing rapidly! Do it today for your sake and that of your children. Don’t believe the lies about how the will avoid judgment. It’s not going to happen!