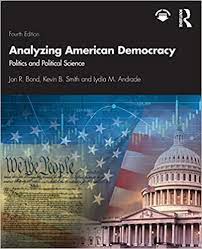 I look at the mess America is in and find that I am constantly plagued with a question that is begging for an answer! We elect people to manage our government and pay them a healthy salary. Why do we have the mess we are in? We pay well above the amount we should be for the quality of the result we are getting! Should we not be looking for the reason that is causing the greatest nation on earth to look like a nation full of idiots?

The Americans who go to vote have no clue. America is not and never was a Democracy. It was deliberately established as a Republic because the founders knew that a Democracy is a very unstable form of government!

So how and why did we end up where we are today and where are we today? Actually it is not very hard to answer that question or the question that must follow it!

So how and why did we end up where we are today and where are we today? Actually it is not very hard to answer that question or the question that must follow it! 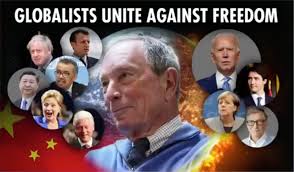 he globalists started lying about what kind of country America is a long time ago. If we look back at the media reports you will see that the people who wanted to destroy America. They began calling America a Democracy at least a hundred years ago. One of those deceivers sits in the white house today and his record should have kept him from ever being there! But the average American didn’t understand what the founders of America knew from the beginning. If you can dumb a nation down you can change the entire form of government. As time goes by people get more complacent, (lazy), and they just believe the people they elect are honest and will represent them and their values. That is not human nature and those who were elected represented themselves and to hell with the oath they took! Read every word of the Constitution and you will see that the Federal Government does not have the power to do most of what they are doing. They assume it and you and I didn’t call them out so they kept it! Have you ever heard the old saying, Tell a lie long enough and soon they will believe it.

A dumbed-down America has bought what the globalists are selling and rejected the good sense of a thinking patriot. We can put the record of Donald Trump beside the record of Joe Biden and see very quickly that the dishonest or non-thinking among us have made a great mistake! You may not have liked some of his ways but do you like the results we get from doing things the Biden way? If so, I hope you will stop complaining about the lack of things you want and need to buy. The gasoline that is already almost three times the price of Trump gasoline! Believe me when I tell you that this is only the beginning of the globalist utopia. Read a good Bible and you will see that the prophets of old predicted this one world government thousands of years ago. How did the prophets know all this way back there if there is no God? The Bible is the word of God and the Satan worshipers keep thinking they will keep God from doing what He said He would do! Let me tell you how to be saved!

But there is a light at the end of the tunnel! I hope you awake and are willing to see and accept that light. Jesus is the light of the world and is going to return in your lifetime! If you reject Him your life will be a living hell forever. Yes there is a life after the one you are living now in your current body. The new body you get when you leave this one will live forever and not get any disease or pain. All you need is to be wise enough to think for yourself and accept Jesus today as your savior. Repent (turn away from sin). Ask God to forgive you of all your trespasses and daily strive to live a sin free life! He has already paid you sin debt and is waiting for you with open arms, do it today!