America does not have many Americans anymore! An American is a person who would rather die instead of embracing Communist-Socialist values. 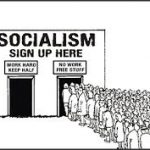 We live in a country that the majority of our government now believes is in need of changing all of the values set forth by the fore fathers. We hear many candidates for public office advocating socialist programs that promise to give free stuff to anybody they believe need it. There is no such thing as free stuff. Somebody always pays for it by being extorted by those who promised it to get your vote. It never ceases to be a legalized robbery. If that were not the case there would never be a law that made it a mandate! But the longest line will always for when they believe it won’t cost them anything, but someone always pays. There will be a new world order because the current world is ruled by the foolish. 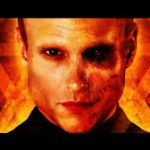 The word of God predicted, several thousand years ago that the foolish will desire a foolish thing. They will desire to rule the entire world, and so shall it be. Unless you have been living under a rock you know the word of God foretells of the coming of the Antichrist. He will come as a man of peace, but will then in the middle of a seven year middle east peace plan. So the temple must be built very soon and the plans are being formed as you read this. Nothing that God has promised will be allowed to pass without happening just as He predicted! There will also be a false prophet that will arrive on the scene. It is my thinking that he is in point of fact, already here! 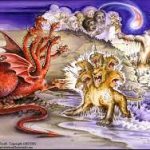 The false prophet will prepare the way for the Antichrist and without a doubt, he is here. He will help to develop a spiritual climate that will allow the smooth entrance of the evil one. Even now there is one who teaches that all roads lead to heaven. Strangely he is correct as all persons will go to heaven. But some will go to the bema seat of Christ and others to the great white throne. At the bema seat Christians receive their rewards for how they have lived. At the great white throne the evil are judged for how they have lived.

God will not be mocked, all things hidden will be made plain. We never get too big to escape the judgment of all mighty God! God means what He says and says what He means! 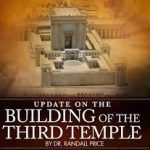 He will go into the temple in Jerusalem and declare himself to be god, so it shall be! But though it has never entered his mind, he will have sealed his demise. The temple must be built for the prediction of the acts of the Antichrist to be fulfilled. So the foolish move forward believing that they will have what theywant. want. But with the prophecy comes the destruction of the rule of the evil. They will all be destroyed and Jesus Christ will return just as He said He would! So the plans are being laid right now to do the will of God. The third temple is being prepared right on time as God has put the man in place who will make it happen. The evil want to stop it but they will not change one thing that God has said!