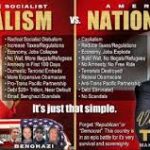 : a national policy of treating the whole world as a proper sphere for political influence

someone who believes that economic and foreign policy should be planned in an international way, rather than according to what is best for one particular country :

A Globalist is a criminal who has looked over the fence and said. ” It isn’t right for anyone accept an elitest to own anything. Everything including the individual his or her self belongs to the whole world community. As such they must share everything with everyone in the world community. Example: Nobody in the world, except an elite, has two pairs of shoes unless all non-elites have two pairs of shoes!” 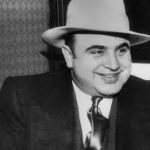 A Globalist-Elite person believes he or she was born to be in charge. To make the decisions about what will the law be on everthing! No one is as smart as me and I call all the shots and have the power to enslave or eliminate anyone who disagrees with me!

Do you see the similarities between the Globalist-Elite and lets say Al Capone? Actually do you notice that the only real difference is the methods used to get what they want?

Both have a, I’m special, attitude. I should have what I want and never have to work or contribute anything to the community. I know that I am special and I have a duty to take what I want and shape the word according to my wants and desires! 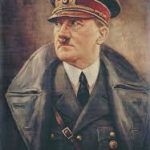 Actually the Globalist-Elite is a mixture or hybrid of Capone and Hitler. They are so perfect they shouldn’t ever be less than the final judge of all things. With the final solution to the destiny of all things, like Hitler!

Can you imagine what a real pair Adolph and Hillary would have been?

They would have never been stopped by a group of the lessers as Hitler was without Hillary was! Oh the glory of it all, what the world could have been by now.

With Bernie Sanders as the secretary of Health and Human Services. Oh what a glorious day we could have had. But all is not lost, we have been given another chance by us to acheive that top of the mountain experience! But we must hurry, no time to fiddle around and miss another opportunity to rule our domain! We don’t want to let another Trump to show up and spoil this wonderful thing for the world. Oh damn, look who has just come to ruin the saving of all mankind! 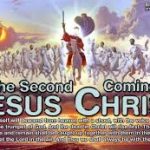 (11) And I saw heaven opened, and behold a white horse; and he that sat upon him was called Faithful and True, and in righteousness he doth judge and make war.

(12) His eyes were as a flame of fire, and on his head were many crowns; and he had a name written, that no man knew, but he himself.

(13) And he was clothed with a vesture dipped in blood: and his name is called The Word of God.

(14) And the armies which were in heaven followed him upon white horses, clothed in fine linen, white and clean.

(15) And out of his mouth goeth a sharp sword, that with it he should smite the nations: and he shall rule them with a rod of iron: and he treadeth the winepress of the fierceness and wrath of Almighty God.

(16) And he hath on his vesture and on his thigh a name written, KING OF KINGS, AND LORD OF LORDS.

(17) And I saw an angel standing in the sun; and he cried with a loud voice, saying to all the fowls that fly in the midst of heaven, Come and gather yourselves together unto the supper of the great God;

(19) And I saw the beast, and the kings of the earth, and their armies, gathered together to make war against him that sat on the horse, and against his army.

(20) And the beast was taken, and with him the false prophet that wrought miracles before him, with which he deceived them that had received the mark of the beast, and them that worshipped his image. These both were cast alive into a lake of fire burning with brimstone.

(21) And the remnant were slain with the sword of him that sat upon the horse, which sword proceeded out of his mouth: and all the fowls were filled with their flesh.