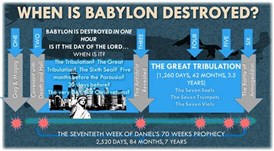 America has become so corrupt that it is not possible for it to survive another quarter century! Amazing as it may seem it is because good men did nothing as the evil among us took the reigns of the nation and turned America directly into a sewer! Brave men and women established America almost two hundred and fifty years ago. They worked hard and for the most part lived a clean and moral life. All the while there were the evil among us who kept working hard to corrupt all that was decent and good. Now they have taken control away from the people who established the nation. They see their goal dead ahead and will not be denied. Because of the lack of a firm commitment to God. Those of good character have allowed the sewer rats to bring America to a point where everything immoral and evil is suddenly held up as right! 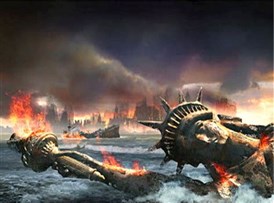 For those who don’t believe in God all things appear to be going the way they want them. However, God still exists and He promised thousands of years ago that an end to His patience would come!

God showed His displeasure in the days of Noah and yet man has once again crossed the line and now we are about to face the wrath of God once again! Our forefathers ignored the warnings of God and paid a stiff price. But God has warned that there would be a time when He would never again allow man to spit in His face. God even put it in writing and we ignore it as our forefathers did.

1) And when he had opened the seventh seal, there was silence in heaven about the space of half an hour.

(2) And I saw the seven angels which stood before God; and to them were given seven trumpets.

(3) And another angel came and stood at the altar, having a golden censer; and there was given unto him much incense, that he should offer it with the prayers of all saints upon the golden altar which was before the throne.

(4) And the smoke of the incense, which came with the prayers of the saints, ascended up before God out of the angel’s hand.

(5) And the angel took the censer, and filled it with fire of the altar, and cast it into the earth: and there were voices, and thunderings, and lightnings, and an earthquake.

(6) And the seven angels which had the seven trumpets prepared themselves to sound.

(7) The first angel sounded, and there followed hail and fire mingled with blood, and they were cast upon the earth: and the third part of trees was burnt up, and all green grass was burnt up.

(8) And the second angel sounded, and as it were a great mountain burning with fire was cast into the sea: and the third part of the sea became blood;

(10) And the third angel sounded, and there fell a great star from heaven, burning as it were a lamp, and it fell upon the third part of the rivers, and upon the fountains of waters;

(11) And the name of the star is called Wormwood: and the third part of the waters became wormwood; and many men died of the waters, because they were made bitter.

(13) And I beheld, and heard an angel flying through the midst of heaven, saying with a loud voice, Woe, woe, woe, to the inhabiters of the earth by reason of the other voices of the trumpet of the three angels, which are yet to sound!

Yes God is real and He created all things and therefore has the right to destroy all things and start again! Believe it or not that is exactly what God is going to do very soon! You can be a part of it if you will humble yourself before Him and accept the fact that you are a sinner and need His forgiveness. He already paid your sin debt and is just waiting for you to accept your pardon! But do it today because the window is nearing the point of closing.