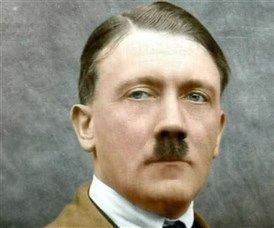 Take a good look at what Hitler did before the end of WWII and compare it to what you see happening right now today! Hitler tried to exterminate the Jewish People. Look at what America did after World War Two and you will see that many of the key people in Hitlers Administration were brought to America. America was busy assembling the plan to create the New One World Order you see coming to reality right now! If you are honest in your heart and fit the pieces together you will quickly see that the conspiracy had already begun. The children of those conspirators have completed the work that their fathers, grandfathers, and great grandfathers had laid the foundation for! Now we see another Hitler is continuing the work of the first Hitler!

K laus Martin Schwab is a German engineer and economist best known as the founder and executive chairman of the World Economic Forum. 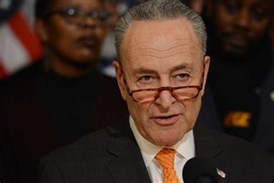 The Great Reset is a Genocide plan to eliminate those people who won’t go along with the criminal plan the globalists have. They believe that a scheme to rob and pillage every person on the planet, of their rights plus, Life, Liberty and the pursuit of happiness! Sen Chuck Schumer said we would own nothing and be happy about it. This arrogant employee of the people believes he and his cronies are Gods. But I assure him that the real God will soon appear on the earth to give him and the other criminals their payday for what they are doing! None of the people who are pushing this narrative are doing the job you and I are paying them for they are the government within our government! These are the people our founders had in mind when they added the second amendment to the Constitution. These are the people they were thinking when they they added the following:

By statute, every “individual, except the President, elected or appointed to an office of honor or profit in the civil service or uniformed services, shall take the following oath: ‘I, AB, do solemnly swear (or affirm) that I will support and defend the Constitution of the United States against all enemies, foreign and domestic; . . . .’” 5 U.S.C. § 3331.

The President does not have or has ever had the authority to make law! We the people have sat on our behinds and said “I don’t want to know”. That is the reason we now face the mess we see our country in! What ‘s happening now does not have to be allowed to continue to the next election, we can solve it now! However, as I read my Bible I see it predicts the worldwide mess we face and now God Himself will be the one who stops it!

If you are not saved get it done now, today! We can’t vote the mess away that ship has sailed. A one world Hitler is in the wings and will take center stage very soon! Accept Jesus as your Lord and Savior now before it is too late!