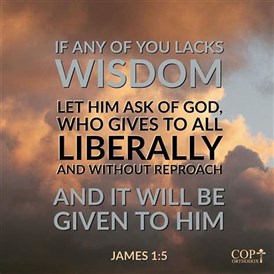 God tells us that we will receive wisdom from Him if we seek it. However, He does not promise He will give us wisdom so we can fortify what we already believe. So lets use our God given wisdom to go into His word to prove that America is in the word of God!

I find very few people who believe America is in the Bible. But it is and I will show you where and if you won’t see it you don’t have God Given Wisdom! Among those who claim America isn’t in the Bible are pastors who claim to know the God who created them.

In our day we are fulfilling Bible Prophecy at breakneck speed! Yet many people are still asking God to return our world to what they perceive as normal. Not understanding that what we see as normal is repugnant to God. But He has promised that He will give us a new normal in the end time and this is it!

Everything we need to know is in the Word of God! Yes that is the book that most of the planet does not read or study because it requires us to adopt as our own the ways of God. Most of the people in America probably have some kind of Bible but rarely read it. Certainly they don’t study it or we wouldn’t be in the sewer we are living in today! But enough of that lets have a look at America in the Bible. 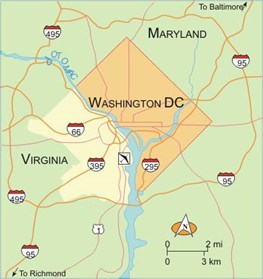 Lets lay out a map for you to follow to find America in the Bible (Word of God). First lets look at a phrase that we will find in the Bible. ( The city on seven hills) When we see this phrase we usually relate it to Rome and rightly so because it was built on seven hills. These hills are important as they are considered the center of the city of Rome, and it was around them that the city was begun back in 753 BC. The seven hills are as follows: Palatine Hill, Aventine Hill, Capitoline Hill, Quirinal Hill, Caelian Hill, Esquiline Hill, and Viminal Hill.

However, as you probably know, we have a habit of mimicking things we like and so many other clones spring up throughout the world. One of those was Rome, Maryland located in the State of Maryland. Yes, there was once a city known as Rome, Maryland. But it is now known to us as Washington, DC. As a way to honor George Washington our founders decided to establish an entire Capitol City with his name and they chose Rome, Maryland as that city. That city was first named Rome to lift up a city in Rome called Maryland. It is all history that you can look up! 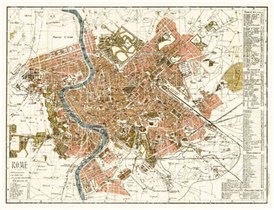 The Bible has much to say about Rome and if you will put the pieces together you will see that we will see the same picture that God sees. But now lets go find more scripture that belongs in this picture. Lets add those scriptures to the picture.

Now these scriptures place America in a place that will get her destroyed and the Rapture will remove the followers of Jesus before the wrath of God is poured out on an evil group of people who has earned everything the God of the Bible is about to pour out on them!

There is a scripture that is crucial to understanding the Holy Bible. I remember trying to get people to understand the importance of studying the Bible. Reading alone is not enough we must ponder each and every verse to be sure we have taken all from it that is there! Many people expect the Holy Spirit to give them understanding and lead them with no commitment on their part. But we must remember an important part of Gods plan is wrapped up in this one thing. God will do for us what we can’t do but what happens after that we have done what we can do? It all depends on who we are following and the commitment we have to God and His plan for His creation. Yes He owns it all and will soon return it to His control!

(15) Study to shew thyself approved unto God, a workman that needeth not to be ashamed, rightly dividing the word of truth.

If you don’t open up your Bible and read carefully the scriptures above. You don’t want to know what picture they paint in your heart. The Holy Spirit wants you to be prepared for what is about to happen and Jesus did His part on the cross. Now it is up too you to do yours!