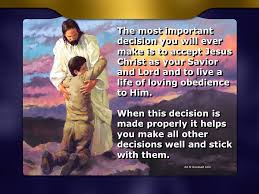 Are you a gambler millions are you know. I realize most don’t really think they are gambling at all. They live their life without ever considering the fact they could die any second. They buy life insurance and feel that will make it all okay if something happens to them. But will it, lets say you have a quarter of million of insurance. I will admit that you will not leave a problem for your family, but what about you? What we are talking about here is without a doubt the most important decision you will ever make! Every person who is ever born is in the exact same spot and no one will ever escape the decision though most think they will. Ponder this decision very careful because there is life in another dimension and if you get this wrong you have a long time to regret what you have done! 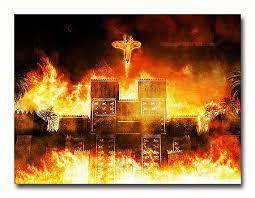 Revelation 18: 1 thru 24 tells us what will happen to Babylon during the 7 year great tribulation. You can change you name, location or any of the characteristics of who you are but God will not be disoriented. He saw everything you did to try to hide yourself and knows exactly who and where you are. In verse ten He tells us that He will destroy the daughter of Babylon in one hour!

(10) Standing afar off for the fear of her torment, saying, Alas, alas, that great city Babylon, that mighty city! for in one hour is thy judgment come.

If you are an enemy of God you are blinded and believe you can elude Him. But you can read in His word how and when your destruction will come and it surely will come right on time! For the people who say that it won’t happen in their lifetime. The signs of the time all say you are wrong, Do you not know that the people who predicted His return in years past were people who didn’t do their homework and read the road signs. If you don’t know the word of God you can never get it right because you predict based on what you want to happen. If you leave out key scripture like 2nd Thessalonians verses one thru three you can be off by hundreds or even thousands of years.

(1) Now we beseech you, brethren, by the coming of our Lord Jesus Christ, and by our gathering together unto him,

(2) That ye be not soon shaken in mind, or be troubled, neither by spirit, nor by word, nor by letter as from us, as that the day of Christ is at hand.

(3) Let no man deceive you by any means: for that day shall not come, except there come a falling away first, and that man of sin be revealed, the son of perdition;

Right now those verses are telling us it can’t happen until the Antichrist is revealed and it is very possible that since it doesn’t even mention beast number two in Revelations 13: 11 it is likely to be before the false prophet is revealed!

In Thessalonians 2: 1 thru 3 Paul had received word from Thessaloniki that people there were afraid the rapture had already happened and that they had missed it! It is very apparent from these verses that Paul already knew many details of the return of Jesus to get His bride. Many pastors and most Christians still don’t have a clue where we are on Gods time clock because they don’t study His word. You can believe me when I tell you that the church of today is meeting the first requirement listed by Paul in verse 3!

I have spoken with many about the return of Jesus and most said they didn’t believe He would return in their lifetime. Asking them why they believed that He would not return in their lifetime. The answer was mind blowing. Well for over two thousand years people have said He would be coming soon and He hasn’t returned! Where is the logic in all of that I ask you and can you afford what it will cost you if you are wrong? Please look at what it cost those who didn’t believe Noah when he warned them about the flood!

(38) For as in the days that were before the flood they were eating and drinking, marrying and giving in marriage, until the day that Noe entered into the ark,

(39) And knew not until the flood came, and took them all away; so shall also the coming of the Son of man be.

They were all gamblers who were sure they were right and you want to be one of those who will lose like they did! What would it have cost them to not take a chance and accept Jesus as their Lord and Savior? If everyone would do that we would not have seventy million dead babies in America. We could believe the elected politicians in America when they tell us what they will do if elected. We would have a society with a very small murder, rape and robbery record. The way we have chosen to live is exactly why God will do what He has promised in Revelation 18 it is His world after all whether you believe it or not!