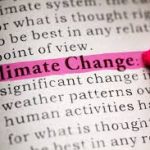 Climate change is real but the cause being fossil fuels is a lie. Whats more those current or former members of Congress, know it’s a lie. How do I know, Congress approved the program and is funding it! Anyone in Congress who tells you that they believe in the science should tell you what science they refer to. Climate change is caused by a military program that is designed to do everything from weather control to mind control and beyond! A program managed by the U. S. Navy and Air Force. The Air Force even launched a come and see program to try to convince the sheep that it wasn’t what they thought it was. But it is all part of the giant cover up to try to hide what most governments in the world are aware of. Why do governments like British, Russian, China and the list goes on. Many governments have a similar military program and do the same thing as the U. S. government!

The Russian government had a facility twenty years before the U. S. built the one in Alaska. However the Alaska location is the largest such facility in the world. Did anyone ask you if you wanted to have you hard earned money spent to design a system that could destroy the entire planet? To say nothing about broadcasting radio waves in the same frequency as your brain functions. Waves that are intended to re-program your brain. To either change your mind about the things you believe or wipe your mind out all together! Now there are many globalists who will tell you that none of this is true. But if you care you can find enough scientific proof to scare the hell out of you. All major governments of the world are at war with their citizens!

You can read for yourself about the scientists who know what is happening and who is behind the things that are happening! Or you can put your head in the sand without asking how we went from a country with individual rights to a country that has been sold out by the very politicians we are paying to manage our government.

Popular Mechanics Magazine published and article about this problem. Here are a few excerpts: 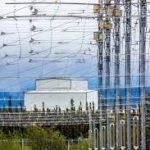 The South China Morning Post recently revealed plans for a new Chinese radar facility on the island of Hainan, China’s southernmost point. Described as a “high-powered incoherent scatter radar,” this installation will bounce radio waves off the Earth’s high-altitude layer of charged gas called the ionosphere.

Although the project is in step with the county’s other mega-science projects—like planning the world’s most powerful particle accelerator, building the largest single dish radio telescope, or racing other nations to the nuclear fusion finish line—experts think the new facility is more interested in military matters than discovering the secrets of Earth’s upper atmosphere. 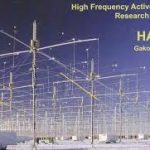 The possible military benefits of an ionosphere radar isn’t lost on other countries, especially the U.S. The Navy and DARPA ran a similar facility–the High Frequency Active Auroral Research Program (HAARP) in Gakona, Alaska—before it was passed to the University of Alaska in 2014. Although it was sold as a project focused on studying the ionosphere, these 40 acres of radar antennas figured prominently in conspiracy theories involving government-sanctioned weather control, human-made earthquake and tsunamis or just general “mental disruption throughout a region.”

The conspiracy theories don’t hold up, of course. Today the University of Alaska runs HAARP, pointing its arrays skyward for researching atmospheric plasmas, solar wind, and the behavior of particles in the ionosphere. But militaries are still intensely interested in the ionosphere because of one major tool on today’s modern battlefield: satellites.

But don’t let the the usual “conspiracy theories” line sidetrack you! 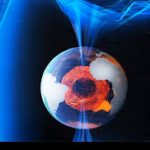 WASHINGTON — North isn’t quite where it used to be.

Earth’s north magnetic pole has been drifting so fast in the last few decades that scientists say that past estimates are no longer accurate enough for precise navigation. On Monday, they released an update of where magnetic north really was, nearly a year ahead of schedule.

The magnetic north pole is wandering about 34 miles (55 kilometers) a year. It crossed the international date line in 2017, and is leaving the Canadian Arctic on its way to Siberia.

Do you believe fossile fuels caused a pole shift? If you do then you deserve to be fooled! 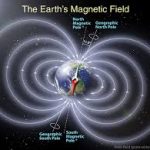 The Bible predicted that One World Government would come to the world just as the end of the church age closed! How do those who believe the Bible to be a fairy tale now explain it? They don’t, they just ignore it. But the Bible also predicted that! So if the prophets wrote this several thousands of years ago and you want to choose to ignore it. That is of course your right to be so foolish. But you might want to give this whole thing a bit of thought, just sayin!

(10) And with all deceivableness of unrighteousness in them that perish; because they received not the love of the truth, that they might be saved.

(11) And for this cause God shall send them strong delusion, that they should believe a lie:

(12) That they all might be damned who believed not the truth, but had pleasure in unrighteousness.

Even the very fact of the earth wobbling, in the Bible!

(18) And it shall come to pass, that he who fleeth from the noise of the fear shall fall into the pit; and he that cometh up out of the midst of the pit shall be taken in the snare: for the windows from on high are open, and the foundations of the earth do shake.

(20) The earth shall reel to and fro like a drunkard, and shall be removed like a cottage; and the transgression thereof shall be heavy upon it; and it shall fall, and not rise again.

(21) And it shall come to pass in that day, that the LORD shall punish the host of the high ones that are on high, and the kings of the earth upon the earth.