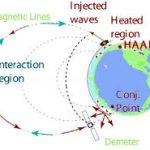 The High Frequency Active Auroral Research Program (HARRP). This program is the reason Al Gore, Barack Obama and all of the Global Warming prophets were able to come up with Climate Change Predictions!

Our government has been boiling the atmosphere. The US Navy and Air Force attack the system God put in place to filter and maintain life on earth! A system first proposed by Nikola Tesla to provide free electricity for you. Has been hijacked and you will never see one amp of free electricity from it.

There are many locations of the HAARP system around the world. Not all belong to America. However the one established in Alaska was established by the Navy and Air Force. If you want to know the truth about climate change you should do your own research. The people like Al Gore who try to tell you the problem is with fossil fuels is a liar of the first order. He knew from the very first statements he made about it, that he was a liar!

Work on the HAARP facility began in 1993. The current working IRI was completed in 2007; its prime contractor was BAE Systems Advanced Technologies.

[2] As of 2008, HAARP had incurred around $250 million in tax-funded construction and operating costs. In May 2014, it was announced that the HAARP program would be permanently shut down later in the year.

[3] After discussions between the parties, ownership of the facility and its equipment was transferred to the University of Alaska Fairbanks in August 2015.

This facility was established to be a weapon against all free people of the world. To promote the programs of the UN for world Government. This system is a multipurpose weapon and makes it possible for the wicked to promote, among other things, climate change and mind control! But you will be told that these things are conspiracy theories. That is always the line that jumps right out once the liars are caught!

(17) Fear, and the pit, and the snare, are upon thee, O inhabitant of the earth.

(18) And it shall come to pass, that he who fleeth from the noise of the fear shall fall into the pit; and he that cometh up out of the midst of the pit shall be taken in the snare: for the windows from on high are open, and the foundations of the earth do shake.

(20) The earth shall reel to and fro like a drunkard, and shall be removed like a cottage; and the transgression thereof shall be heavy upon it; and it shall fall, and not rise again.

(21) And it shall come to pass in that day, that the LORD shall punish the host of the high ones that are on high, and the kings of the earth upon the earth.

(22) And they shall be gathered together, as prisoners are gathered in the pit, and shall be shut up in the prison, and after many days shall they be visited.

(23) Then the moon shall be confounded, and the sun ashamed, when the LORD of hosts shall reign in mount Zion, and in Jerusalem, and before his ancients gloriously. 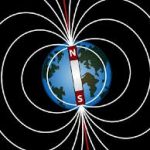 How could the prophets of old have known what would happen in our day? Only possible if the Bible is truth and the God of heave revealed it to them. So lets take a look at what has in fact happened to see if any of this prophecy has been fulfilled.

WASHINGTON — North isn’t quite where it used to be.

Earth’s north magnetic pole has been drifting so fast in the last few decades that scientists say that past estimates are no longer accurate enough for precise navigation. On Monday, they released an update of where magnetic north really was, nearly a year ahead of schedule.

The magnetic north pole is wandering about 34 miles (55 kilometers) a year. It crossed the international date line in 2017, and is leaving the Canadian Arctic on its way to Siberia.

It certainly seems as though verses 19 and 20 have happened in our day. This is just one of the effects of playing with the workings of our solar system. The wicked will do anything for power and they don’t care that it isn’t just their planet. They don’t care how it affects the lives of all people on earth.

This is just one of the ways in which your life is being put in harms way by the arrogant. Wicked, evil and selfish in our world have decided they will have what they want and that who it hurts is not their concern! Scientists have known since at least the mid seventies that even the placement of power plant clusters affect the weather. That they alter the local weather patterns for six to twelve miles downwind of these facilities. Yet government officials like Al Gore go on TV and try to twist the truth to make it different than they know to be true! 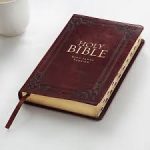 Make no mistake about it, the wicked will prevail for a short period. The Bible tells us that God will allow the foolish to be decieved by the evil among us. They will establish a One World Government that will murder, rape and pillage the people of the earth for a seven year period. Then Jesus Christ and His armies will destroy them and all they stand for! Laugh if you wish but your laughter will die in your throats.

You can educate yourself with the facts or not, the truth can’t set you free if you don’t allow it to enter your life. Being ignorant will not get you off the hook if it is willing ignorance. There is a saying most of us has heard. No one is as blind as he who will no see! If that is you I have no pity for you, what you get is what you deserve. 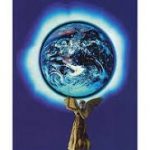 But there is ample, facts available to those who want to base their opinions on fact. One of the places you can get those facts is in a book titled Angels Don’t Play This HAARP. I didn’t write it and don’t get paid to sell it! There are numerous other sources also that will present the truth about those in our government who have an evil agenda. All you need to base your belief on facts is the willingness to do so!

Our society is full of charlatans who have chosen to make a living by telling lies over and over until they get a following of believers. The deceivers will face the living God one day and you can go to the bank with that. To repeat lies and get followers does not change the facts. It only lasts until an appointed time when God will expose the truth for all to see. Then comes shame and disgrace for all to see. But you don’t have to be deceived unless that is what you want. The only people who don’t believe in God are those who want to live a life where the feel their lack of morals will not hinder their star power with those they believe to be their friends! But if God is not your friend you are totally friendless!