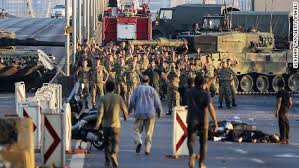 What would you consider the ultimate coup to be? Well let me give you a few clues. It would be the takeover of the largest government we can imagine. It would be beyond the imagination of most to even conceive of such a take over. Lets start by laying a little ground work. For many years America has been at the forefront of research to develop a new world order. Presidents like George Bush Senior have spoken of it openly. Their plan is to fool the American people into giving up their sovereignty. Allowing a world dictator to usurp the Constitution of the United States in a way that is totally illegal. Circumventing our rule of law, they plan to commit an outrageous act of war against the American populace. But their master plan goes even farther than that, and it didn’t just start recently! 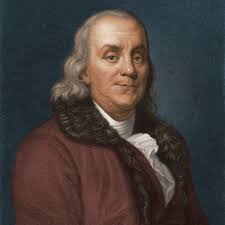 There will be many people that will attack what I say, as a conspiracy theory. I wouldn’t expect anything else, few people are ready to come right out and admit the truth about what is actually going on. But anyone old enough to know or have taken time to study American history. They will know there is ample proof that much illegal action pollutes our country. It is not possible to change legally, our form of government. Yet we see many laws that have been put in place without following the Constitution. If we had called a Constitutional Convention, as required by law, the laws would never passed! Yet government changing laws have been put into place by traitors of the people. People who knew exactly what they were doing and done it anyway. The evil are vigilant are never cease to plan the over throw of rules that restrain them. To do this they fight both God and man. Laws are often put in place to keep them in power and give them advantage over the rights of those law abiding citizens who they see as not among the elites. 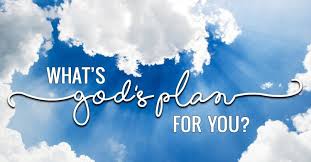 It is clear to me that Ben Franklin knew this was going to be done by the people who didn’t get their way during the foundation of the country. That is exactly why he responded to a question as he did. After the close of the Constitutional Convention of 1787, Franklin was asked a question by a lady, “Dr. Franklin, what kind of country have we got? ” Franklin replied, “A republic, if you can keep it.” In fact I suspect that he knew some had alreay started planning how they would overturn the government! The evil among us outnumber the good by many times over. I believe that is exactly why God has promised He will send His son back to earth to rule forever. God has a great investment into the creation of man and He promised He would not always strive with man. 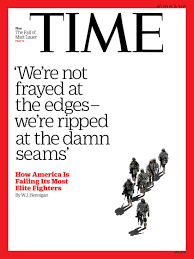 Until twentieth century most of the war against the Republic was done covertly. The old saying: “you can eat an elephant a bite at a time.” Is exactly how the evil have operated for many years. If you were a block to their progress they dealt with you quietly. Some persons seen as a roadblock were merely assinated. Others were drawn into a controversy and humiliated, destroying their reputation. But as we have come into the twenty first century, the deadline they have set to have their evil accomplished. They don’t want to allow any more impediments to slow them. The plan to put Hillary Clinton in the Whitehouse was crucial to completing their plans quickly. They hate the voters who inserted Donald J. Trump and slowing their One World Order plans. Now much of the work of the big termite, Barack H. Obama has been derailed. But god was not ready to let them complete their diabolical scheme yet. Shall we take a look at some of what has been done to take down a free America? I am not surprised that real Americans are losing in their battle to save the America foundred by the founding fathers. There are more people riding for free than at any other time in the history of the country. The wicked have multiplied like rabbits and chosen to make a living doing jobs that we don’t need. Putting themselves into a position to influence the policies of our education system, politics, and judges. Then promoting thousands of ways to amuse us while they were busy destroying the foundation and fabric of American morals. 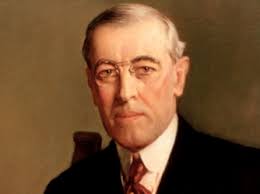 Quote of President Woodrow Wilson: “I have unwittingly ruined my country”

Did Woodrow Wilson bitterly regret his role in creating the Federal Reserve?

“I am a most unhappy man. I have unwittingly ruined my country. A great industrial nation is controlled by its system of credit. Our system of credit is concentrated. The growth of the nation, therefore, and all our activities are in the hands of a few men. We have come to be one of the worst ruled, one of the most completely controlled and dominated Governments in the civilized world — no longer a Government by free opinion, no longer a Government by conviction and the vote of the majority, but a Government by the opinion and duress of a small group of dominant men.”

At the end of world war two, America and her allies discovered that Hitler had military equipment that was far more advanced than our own. But Hitler lost the war because he didn’t have the resources he needed to build the equipment to fight the war. As the war came to a close, the U.S. government simply wanted to get the German wartime technology. The atomic bombs dropped on Hiroshima and Nagasaki may have put an end to World War II, but they weren’t the only destructive weaponry developed during the war. From nerve and disease agents to the feared and coveted V-1 and V-2 rockets, Nazi scientists worked on an impressive arsenal. As the war came to a close in 1945, both American and Russian officials began scheming to get that technology for themselves. So it came to pass that eighty plus years ago, 88 Nazi scientists arrived in the United States and were promptly put to work for Uncle Sam. 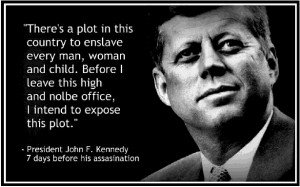 I do not know if JFK actually said what we see here in this image. However it has been reported by several people for many years. If we believe that these kind of statements by influential people, are not likely to get them killed. We are not very aware of the kind of people that share this planet with us. The willingness of many to kill to keep their secrets hidden is reality. In some cases they will do it themselves. In other cases they hire someone too do it for them. In still others they find a mentally deficient person and manipulate them into doing it. The list of people who have been murdered is very long. The list of people who are likely have perpetrated these murders is even longer. In the twentieth century alone we have numerous deaths that were suspicious in nature. 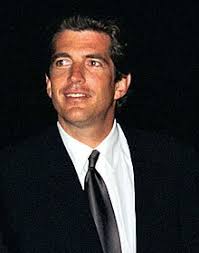 JFK JR being one of them that almost certainly was murdered because he believed he knew who had engineered the death of his father. He didn’t name his magazine “George” because he had a son he wanted to honor! Someone saw him as a threat and it was most likely the same culprit that made sure his father was eliminated. The evil in America will not stop pursuing their goals as long as God allows them to draw a breath.

One World Government is at the heart of most of the evil that we all face on a daily basis. Most humans on this planet don’t even know what is going on. The news is filled with people promising free everything for all. Believing that they really will get away with mugging the general public forever. People who still hide their intent while claiming to be a conservative. Others vocal about what they intend to do and drawing a large following. Not at all ashamed that they plan to enslave the entire population of the planet. Trying to convince all who will listen, that a communist for of government is morally acceptable. Even though it has failed everywhere it has been tried. Filled with hate for anyone who tries to expose the devious plans to setup a worldwide dictator who will kill millions once he takes his throne! 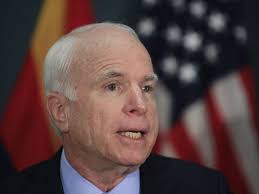 Finally we come to an excerpt from a Newsweek article about the funeral of John Mcain. I believe it speaks to the character of Mcain! It makes it clear, in my view, that he had no respect for the right of the voters in America to choose who would be their President!

In July last year, McCain was diagnosed with glioblastoma, the same form of brain cancer that killed Democratic senator Edward Kennedy, a friend of McCain, in 2009 and Beau Biden, the son of former Vice President Joe Biden, in 2015.

According to the New York Times, McCain, who was the Republican candidate in the 2008 presidential elections, has shared plans for his funeral with his family.

The service is expected to be held at the National Cathedral in Washington and people close to the Arizona senator have already informed the White House that McCain would rather see Pence attend, rather than President Trump.

McCain and Trump have a rocky relationship, which has only got worse since the presidential primary campaign in 2016 when the latter suggested the former was only considered a hero because he had been taken prisoner during the Vietnam War.

Last year, McCain’s decision to vote against a bill seeking to repeal Obamacare in the Senate only exacerbated the growing rift between the two.

The suggestion President Trump might not be invited to attend was confirmed by NBC on Saturday, citing sources close to the Arizona senator.

The sources also added that former Presidents Barack Obama and George W. Bush are among the scheduled eulogists for the service.

The White House said Trump’s absence was motivated by a decision “to avoid disruptions due to added security, and out of respect for the Bush Family and friends attending the service.”

McCain, who has served in the Senate since 1987, has not been seen in public since December, shortly before he was hospitalized for a viral infection at Walter Reed National Medical Center in Maryland.

On Dec. 17 his office issued a statement indicating McCain would return to Capitol Hill in January after spending some time at home in Arizona to recover, but the return did not materialize and in mid-April he was hospitalized again.

You be the judge of who has the best interests of the everyday Americans at heart and who believes Americans are usurping the rights of the politician to decide what we will get! Mcain or Trump, both ran for President and what did the voters say???