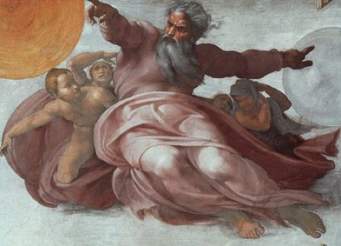 The globalist believe they can outwit God and upgrade humans to a point where they will never judgment, now how stupid is that? As we look at what is happening in our society today. We see the scientist creating what they call trans-human people. They say they will upgrade the human body to make it better. God already has a plan for that, it’s called (being born again). When you go to heaven you get a new body that is far greater than any scientist can create.

So you say, that is okay but I can have it here and then still get the one God is planning for later, after I pass away. Well that might be okay if it would work that way, unfortunately it won’t! You see God has a plan and He sets the Bar. We will do it His way or find that we have lost it all. Lets see if maybe God has already thought all this through and decided that the really good times will only be available to those who obey Him.

Let us make man in our image

You see when God knows all things He can always make the right decision. He don’t plan to cull out those who won’t obey Him after they get their new body, He gets rid of them right here! You see when He created the angels He gave everybody the premium body. Then Lucifer and the other fallen angels showed no respect for the God who made them and now He must destroy the problem folks at the advanced stage of life.

God knew what was going to happen from the very beginning of things. In the days of Noah He wiped the slate clean and hope man would get the message without another painful time would have to come. But most men are evil and believe that they can do what they please with what is theirs and yours! Yes the globalist of our day want to turn the whole world into one giant concentration camp. They know they are the elite and that everything really belongs to them anyway.

God knew that the genes of everything in that area, the area that He claims as His inheritance, was corrupted and no longer as He had created it.

And except the days should be shortened, there should be no flesh be saved: but for the elect’s sake those days shall be shortened.

These are the generations of Noah: Noah was a just man and perfect in his generations, and Noah walked with God.

God knew the genes of Noah were pure

The tail began to wag the dog, in America President Lincoln. Now the nut cases run America and it went into overdrive with the Murder of JFK. Clearly a CIA managed event, the Warren Commission was the greatest fairy tale ever perpetrated an any nation in history. Lee Harvey Oswald was a patsy to make the most corrupt government in history a path to the NWO!

God not only sets the bar, He is the Bar!